Adithya senses his eyes twitching and feels that Parvathy might be in some sort of danger. 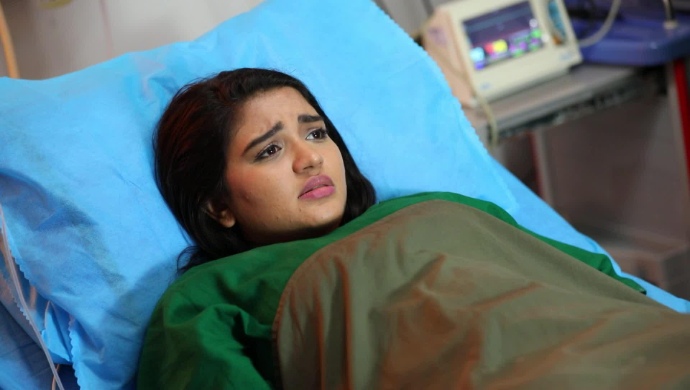 In today’s episode, we would see that Parvathy is in the operation theatre and the same anesthesiologist with whom Nandhini had made a deal, is standing beside her. He removes the medicine from a small bottle and looks in a devilish manner. Without further delay, he administers the anaesthesia. However, at that exact moment, Adithya senses his eyes twitching and feels that Parvathy might be in some sort of danger. On the other hand, we would see that, inside the operation room, Parvathy slowly falls unconscious.

So, what do think will happen? Will Adithya be able to save Parvathy’s life?

Sembaruthi 23 May 2019 Written Update Of Full Episode: Parvathy Fights For Her Life