Sembaruthi 23 May 2019 Written Update Of Full Episode: Parvathy Fights For Her Life

Adithya is worried because Parvathy is still unconscious. 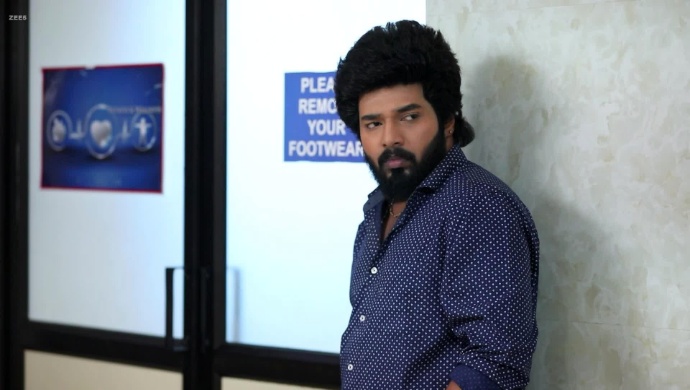 In the last episode of Sembaruthi,  Adithya goes to the hospital and asks about Parvathy’s condition. The doctor says that Parvathy needs to undergo an operation so that she can walk properly. Adithya asks the doctor to go ahead and do the operation as soon as possible. Later, Nandhini calls up her associate to check on the details of the anesthesiologist who is working in the hospital where Parvathy is going to be operated. Nandhini then goes to meet the anesthesiologist who is going to administer anaesthesia to Parvathy during the operation. She asks him to administer the wrong dosage of the medicine so that Parvathy either slips into a coma state or dies during the operation.

In today’s episode, we see that Parvathy is being led into the operation theatre. While everybody who is gathered there tries to give Parvathy courage for the operation, Vanaja tries to mock at her but Akhilandeshwari stops her and scolds her. In a while, we see the doctors who are going to perform the operation walk in and we see the anesthesiologist with whom Nandhini had previously struck the deal to be one of them.

In the operation room, the anesthesiologist removes the medicine from a small bottle and looks in a devilish manner. And without further delay, he administers the anaesthesia. However, at that exact moment, Adithya senses his eyes twitching and feels that Parvathy might be in some sort of danger. On the other hand, we would see that, inside the operation room, Parvathy slowly falls unconscious.

Later, we see that Shyam speaks with Adithya and gives him moral support. After some time the doctor comes and says that the operation was successful and there is no issue. But still, then we see that Adithya is restless. When Parvathy is shifted to the ward from the operation theatre everyone goes to meet her, but she still is unconscious. In some time, when Akhilandeshwari leaves for the house, Vanaja also makes some excuse and goes to meet Nandhini.

Vanaja finds that Nandhini is happy and she asks her for the reason about it. It is then Nandhini tells them about the plan that she has hatched along with the anesthesiologist and says that Parvathy will never wake up. This makes Vanaja and Mithra happy and they praise Nandhini’s wicked plan. Meanwhile, Adithya is worried because Parvathy is still unconscious. So, he calls in the doctor to check on Parvathy. But when the doctor checks her he is not able to understand as to why Parvathy is still unconscious. This creates some tension and the doctor asks for some time to do a thorough check.

So, what do think will happen? Will Parvathy slip into a coma state?

If you are a fan of dramas, catch up with the latest episodes of Poove Poochoodava on ZEE5.