Purushothaman reveals that Akhilandeshwari sent Adithya abroad because the Guruji had predicted a threat to his life. 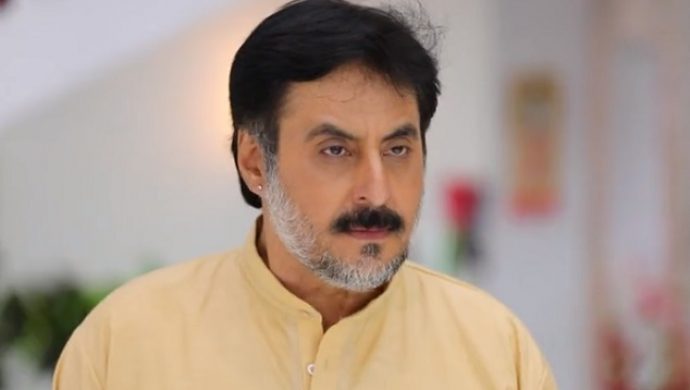 In today’s episode of Sembaruthi, an unforeseen incident might take place. Purushothaman, Parvathy, Vanaja, Arun, Aishwarya, Ganesha and Sundaram visit the hospital. But why? And as they gather outside, Purushothaman reveals that Akhilandeshwari sent Adithya abroad because the Guruji had predicted a threat to his life. He tells everyone that she knew Adithya wouldn’t go abroad if she tells him about Gruji’s prediction, and hence she tells him that Purushothaman’s life is in danger. To save his father from a possible threat, Adithya agrees to go to London. But what must have gone wrong? Has Nandhini succeeded in her plan?

For the unversed, here’s a summary of the last few episodes. Akhilandeshwari visits the Guruji after she gets disturbed thinking about Adithya and Parvathy’s relationship. The Guruji, who knows the truth, wishes to reveal it to her the best possible way. Hence, he asks her to wait until Purnima day. But in the meantime, he tells her to send Adithya abroad stating that her son’s life is in danger. But his real purpose is to make her realise that Parvathy is worthy of becoming her daughter-in-law. He wants Akhilandeshwari to witness Parvathy’s capabilities in Adithya’s absence.

But Vanaja decides to make the most of Adithya’s absence in the country. She tells Nandhini to capitalise on the opportunity in hand. Hence, Nandhini hires a serial killer and asks him to kill Akhilandeshwari, her arch rival. Now, how will things unfold from this point? Keep watching Sembaruthi to know what happens next and for more entertainment, check out Yaaradi Nee Mohini, on ZEE5.