Arun chooses to remain tight-lipped but Aishwarya looks determined to find out the truth about Adithya and Parvathy's relationship. 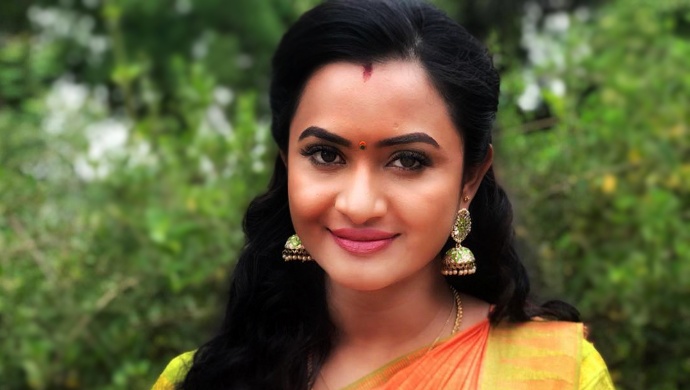 In yesterday’s episode of Sembaruthi, Aishwarya saw Adithya and Parvathy together in the office, and today, she asks Arun to reveal the truth about them. She wishes to knows what kind of a relationship the couple shares, after seeing Parvathy wiping Adithya’s mouth post lunch. To know whether or not Arun reveals the truth, read on.

Vanaja, who is happy to know that Akhilandeshwari is back, hopes to see her scolding Parvathy for visiting Adithya’s office. But the opposite happens. Akhilandeshwari slams Vanaja for not being responsible enough even at home. She says that it was Vanaja’s duty to check if Mithra is taking good care of Adithya. Unfortunately, for Vanaja, she gets stuck in the trap she had laid to get hold of Parvathy. Vanaja curses her stars and says that no matter what she does to expose Parvathy, her karma boomerangs.

Elsewhere, Nandhini becomes the secretary of the industry’s association after winning the election while Akhilandeshwari remains the association leader. Nandhini takes a dig at Akhilandeshwari, but the latter looks least perturbed. Meanwhile, Aishwarya keeps thinking about Adithya and Parvathy. When Arun finds her lost in thoughts, she reluctantly tells him about what she saw. She doesn’t disclose Adithya and Parvathy’s names, but wishes to know what Arun would feel after seeing a couple displaying their affection in the aforementioned way. Arun, who doesn’t know who she is talking about, says that its nothing but pure love. After seeing Arun’s reaction, Aishwarya reveals that the people she saw were no one else but Adithya and Parvathy. Arun chooses to remain tight-lipped but Aishwarya looks determined to find out the truth. Later in the day, to confirm her doubts, Aishwarya asks Mithra if she had a role to play in getting a mug made with Adithya and Parvathy’s pic on it. Mithra says that it was Adithya’s plan to trap her. Mithra’s revelation helps Aishwarya join the dots to see the complete picture. Stay tuned to this space for the latest updates and for more entertainment, watch Rettai Roja, the story of sibling rivalry between identical twin sisters.