Vanaja calls Nandini to tell her that Parvathy may not survive as her condition is very critical. Find out will Parvathy survive? 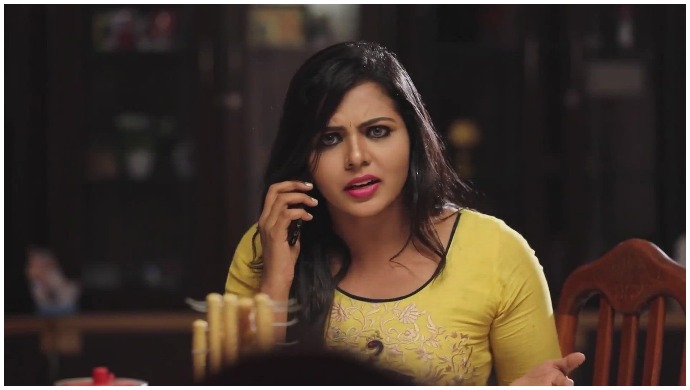 In the previous episode of Sembaruthi, we see Nandini talking to a man on the phone, asking him why he promised to help her with Mitra’s wedding and did not turn up. The man tells her that he had known that her intentions behind this wedding were not good. He also knew that Mitra is her sister and the intention behind the wedding was only to take revenge from Akhilandeshwari. So, when Nandini asks him about his promise her to help despite knowing all the truth, he says that he only did so to make her let her guard down.

In tonight’s episode, Akhilandeshwari, who is very angry with Parvathy, contemplates over whether to go to the hospital or not. While Akhila feels cheated, she also realizes that Parvathy did not really intend to cheat her. So, she decides to go and meet her at the hospital. Meanwhile, Vanaja, who is at the hospital, learns that Parvathy’s condition is very critical. She is not responding to the treatment and that she may not survive. So, she calls up Nandini to give her the good news that ‘Parvathy is dying’.

What do you think of tonight’s episode? Share your thoughts in the comment section below. Also, watch Siddharth’s thriller film Enakkul Oruvanon on ZEE5.