Akhilandeshwari pours her heart to an unconscious Parvathy in the ICU. Find out if Akhila's presence change anything. 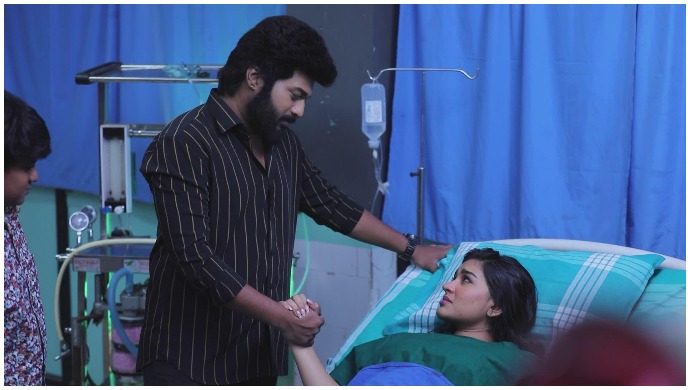 In the previous episode of Sembaruthi, Nandini is happy to find out that Parvathy is in a critical condition and chances are that she may not survive. Meanwhile, Adi speaks to the doctor, asking about Parvathy’s condition and loses his cool as he can’t see any improvement in Parvathy ever since she got hospitalised. Then, Akhilandeshwari, who changes her mind about meeting Parvathy, makes her entry to the hospital. She goes directly into the ICU to pour her heart out to Parvathy while Vanaja is confused and shocked to see Akhila at the hospital.

In the upcoming episode, Parvathy finally gains consciousness, opens her eyes and says ‘Mama’ (Adi). She then hold his hand as she gets emotional. Adi too isn’t able to hold his tears back. The two look into each other’s eyes.

So, what do you think of tonight’s episode? Will Akhilandeshwari’s presence change anything? Share your thoughts in the comment section below. Also, watch sports drama Kennedy Club, starring M Sasikumar, Bharathiraja, on ZEE5.