Sembaruthi 26 July 2019 Preview: Arun To Get Caught By Akhilandeshwari While Removing Pic?

In today's episode of Sembaruthi, Arun may land in trouble while trying to remove Adithya and Parvathy's pic from the chain. 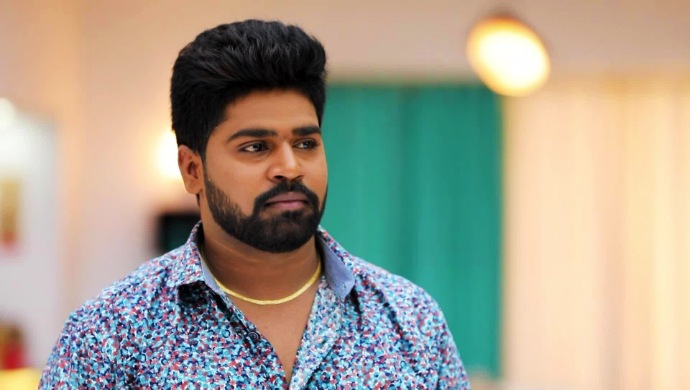 After proving that Vanaja had stolen the Adhikadavur chain from the outhouse during Sundaram’s absence, Adithya tells Arun to stop Akhilandeshwari from seeing his pic with Parvathy in the locket. Arun assures him not to worry stating that he will take care of it. In today’s episode of Sembaruthi, Arun may land in trouble while trying to remove Adithya and Parvathy’s pic from the chain.

In today’s episode, Adithya will tell Purushothaman why it is important to stop Akhilandeshwari from checking the locket. Meanwhile, Arun quietly gets inside Akhilandeshwari’s bedroom to remove the chain from her purse. When he tries to remove Adi-Parvathy’s pic, it falls on the floor. When he ducks down to pick it up, he finds Akhilandeshwari at the door. Will Arun get caught while taking the pics out of the chain?

For the unversed, Akhilandeshwari had asked Sundaram to return the Adhikadavur ancestral chain that she had gifted to Parvathy as a token of love. Vanaja hatches a plan to trap Sundaram by proving that he has produced a duplicate copy of the chain to dupe her. Akhilandeshwari humiliates Sundaram when he says that the chain kept safely in the cupboard has gone missing. But Adithya knows who is behind the conspiracy. Adithya assures Parvathy that he will rid her father of the accusation and prove he is innocent. And as promised, Adithya produces evidence to prove Vanaja orchestrated the entire incident. Thus, he makes Akhilandeshwari realise that she was wrong in suspecting Sundaram. Will Akhilandeshwari cancel the idea of sending Parvathy away from her house? To know what happens hereafter, watch Sembaruthi tonight, and for more entertainment, check out the videos of Sathya, on ZEE5.

Auto Shankar: 5 Things You Should Know About The Dreadful Criminal