Adi’s spy Vishu gets caught by Nandini and is kidnapped. However, Adi helps rescue his informant by sending some cops over. 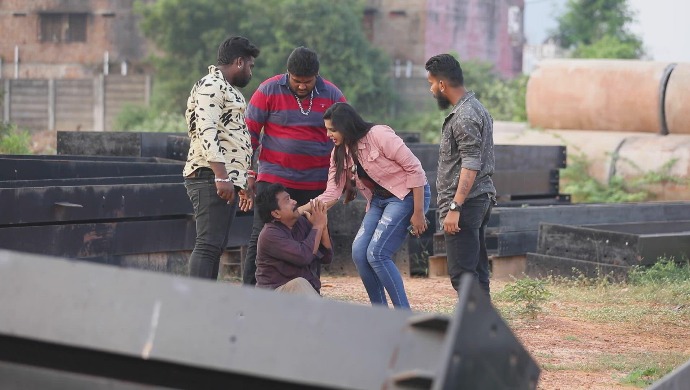 In the previous episode, Akhila finds out that somebody wants to cause trouble to Adi and Mithra’s wedding. She assumes that Purushottam and others are trying to conspire against her decision to get her son Adi married on his birthday. Akhila then states that she will conduct a pooja to ensure that no issues take place. Nandini is in the office with Adi’s spy Vishu, when her uncle gives her a call. He wants her to come down to the property registrar’s office where he can sell off one of their properties. Adi asks Vishu to make sure that he gets proof of Mithra and Nandini being together by taking a picture. Vishu accompanies Nandini to the registrar’s office but is asked to stay outside. However, he peeps from outside and tries to take a picture or video of Nandini and Mithra in one frame.

Tonight, Vishu takes a video of Nandini and Mithra together at the registrar’s office where they are selling away one property. He manages to get the video of them on his phone and immediately rushes out, to send it to Adi. However, he doesn’t get enough network to share the video and keeps trying. By then, Nandini and Mithra are done with the work and head back to their respective cars. Nandini is giving Vishu a ride back to the office when she takes a detour. Vishu wonders what’s going on when out of nowhere, a bunch of goons gather to beat him up. Turns out, she knows about Vishu being Adi’s informant and asks her men to apprehend him and keep in the warehouse.

Vishu is petrified and thinks that his life is over when a few cops raid the warehouse. Nandini’s men escape while they rescue Vishu. Adi’s agent then reveals that he had put a tracker on Vishu’s wallet, in case things get dangerous. Vishu is relieved to hear this but is upset as he doesn’t have the proof that Adi wanted concerning Nandini and Mithra’s relationship. Parvathy is worried about the wedding day when Adi explains to her that she should stop thinking about it so much and just relax.

Back home, Akhila announces that she wants to take Adi out for wedding shopping. However, he declines and states that he has already made a commitment to someone, and hence, he cannot change his plans. Akhila is not happy to hear this and wonders if he is trying to stall the wedding shopping as he is not interested in it.