Adithya beats up Nandhini's goons black and blue, and thus ruins Nandhini's plan once again. Now what will Nandhini do? 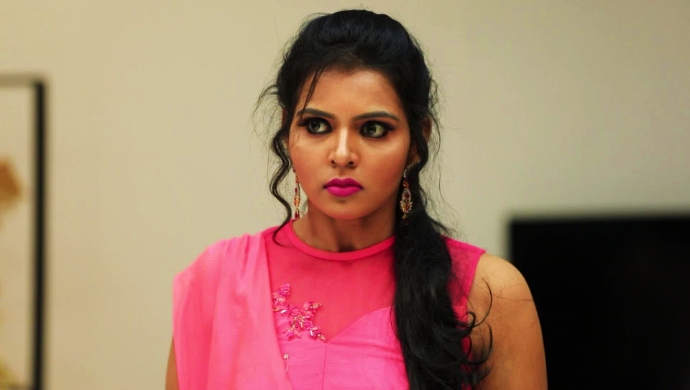 “Old habits die hard” –  This popular saying befits Nandhini’s situation. In today’s episode of Sembaruthi, Nandhini fails in her mission once again without realising that Adithya and his mother are invincible. Read on to know how the episode unfolded.

The episode opens with the scene that shows a teary-eyed Parvathy leaving Adithya’s room after he scolds her. To express her grief, Parvathy rushes to her favourite spot in the garden where has planted the Sembaruthi (hibiscus) plant. She gets overwhelmed thinking about Adithya’s behavior while he regrets venting his anger on her. Adithya, who knows where she goes when she is emotionally charged, apologises for shouting at her. Parvathy feels embarrassed after he says sorry and grins from ear to ear after he explains why he scolded her. And to make every moment with him a memorable one, she heads to the kitchen to make adai for him once again.

Meanwhile, the doctor who examines Nandhini for the last time before she gets discharged from the hospital, asks her not to take any kind of stress for the next two weeks. But Nandhini says that she would not be able to attain calm until she reaches her goal.

As the scene shifts from the hospital to the garden area in Akhilandeshwari’s mansion, Adithya makes the most of the romantic situation by asking Parvathy to feed adai with her hand.

Next day, Nandhini directs her goons to attack Akhilandeshwari’s car but they end up bumping into Adithya. The Adhikadavur scion beats them up black and blue, and thus ruins Nandhini’s plan once again. Now what else will Nandhini do to take revenge on Akhilandeshwari and her family? Keep watching Sembaruthi, and for more entertainment, check out Sathya, the love story of a tomboyish girl, on ZEE5.

The Teaser Of ZEE5's Latest Original, Nisha, Will Send Shivers Down Your Spine