After laying a trap to get hold of Arun, Shailaja informs Nandhini about it. Nandhini hatches a plan to shame Arun. What will she do next? 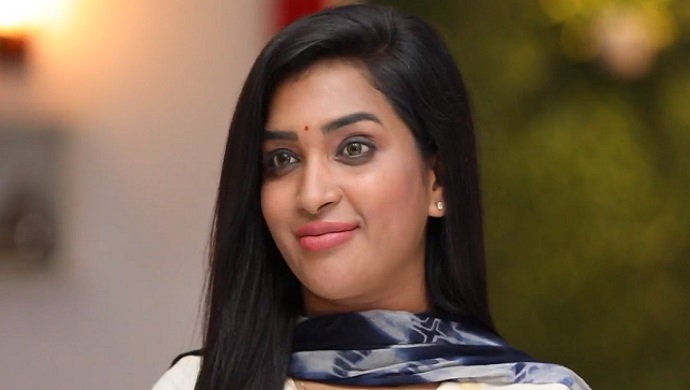 In today’s episode of Sembaruthi, Arun takes a drastic step to avoid getting shamed by Shailaja. Read on to know how Parvathy stops him from attempting suicide. Here’s how the episode unfolded. It begins from where it had concluded last night. Adithya shares his concerns about Shailaja’s presence in their house. Parvathy decides not to disclose the truth about Arun’s relationship with Shailaja until the DNA test report is out.

Next morning, when Arun visits the hospital with Shailaja, he gets devastated after knowing that he is the father of the child. Later, after reaching home, when Parvathy asks Arun about the report, he lies to her stating that it hasn’t come yet. Later, he regrets committing the gravest of the mistakes in his life in the past and fears bringing shame to his family. So he decides to end his life by consuming poison. Paravthy, who had sensed that something is bothering Arun, visits his room when he takes the bottle of poison in his hand. And just when he is about to have it, she throws the bottle away.

Parvathy asks him to tell her why he took such a drastic step. Arun reveals that he lied to her about the DNA report because he is indeed the father of Shailaja’s child. And when he makes the revelation, Aishwarya overhears his conversation with Parvathy. He fears that his mother may either kill him or end her life after knowing the truth about his illegitimate child. Hence, he wonders how to face the challenge. Parvathy comforts him and tells him that every problem has a solution. However, after seeing Aishwarya, both Parvathy and Arun get shocked. Aishwarya tells them that she knows everything about Shailaja and the child. Arun apologises to Aishwarya and tells her that he has been loyal to her since he married her. He says that Shailaja is his past and he will never cheat on his wife with anyone. In the end, Aishwarya forgives Arun and asks him to speak to Shailaja regarding the matter.

Later, when Arun asks Shailaja about her plans, she says that she needs money. He agrees to give her Rs 10 crore in cash. After laying a trap to get hold of Arun, Shailaja informs Nandhini about it. Nandhini says that she will click pictures of Arun while he hands over cash to Shailaja.

Will Parvathy be able to save Arun from getting trapped by Nandhini? Keep following Sembaruthi, and for more entertainment, watch Poove Poochoodava, a unique love story of a married couple, on ZEE5.

#WisdomWednesday: I Would Rather Be Myself, Says Parvathy Of Sembaruthi On Instagram