Today, when the Adhikadavurs celebrate Gokulashtami, Vanaja, will make a child leave its footprints on the floor as per tradition. 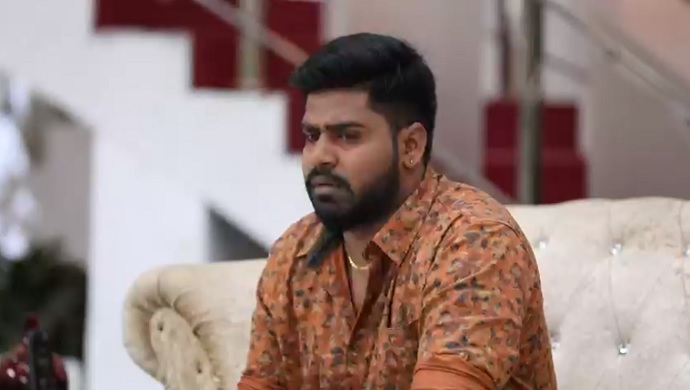 In today’s episode of Sembaruthi, you will see Shailaja, Arun’s former girlfriend making an appearance. Nandhini has hatched a new plan to trap Arun to shame him and create a rift between him and his wife, Aishwarya. Shailaja is now a member of Nandhini’s gang, and she will dance to her tunes, to humiliate Arun and his family. Today, when the Adhikadavurs celebrate Gokulashtami, Vanaja, will make a child leave its footprints as per tradition. She is a part of Nandhini’s plan and knows the purpose of the child and its mother’s visit to Akhilandeshwari’s mansion.

Vanaja will pretend as if she doesn’t know who the child belongs to, and she will ask Uma to tell her who’s it is. When everyone wishes to know the answer, Shailaja makes an entry, saying that she is the mother of the child. The moment Arun sees Shailaja, he feels the jitters. Now, how will he handle this situation?

For the unversed, Nandhini has vowed that she will not give up until she avenges Akhilandeshwari for the humiliation. Hence, even after facing defeat multiple times, Nandhini refuses to let things be as they are. However, it will be interesting to see Aishwarya’s reaction.

Will she show faith in Arun and stand by his side during this phase of his life? Also, how will Adithya and Parvathy react to the emergence of Shailaja? Earlier, there was only Mithra, now Akhilandeshwari has another enemy in the form of Shailaja. Stay tuned to this space for the written update and keep following Sembaruthi. And for more entertainment, watch Nachiyarpuram, starring real-life couple Dinesh and Rachitha, on ZEE5.

How Does Tailor Thangaraj Play An Important Part In The Love Story In Pyaar Prema Kaadhal?