Vanaja goes to speak with Sundharam and she tries to confuse him with regards to Akhilandeshwari's behaviour. 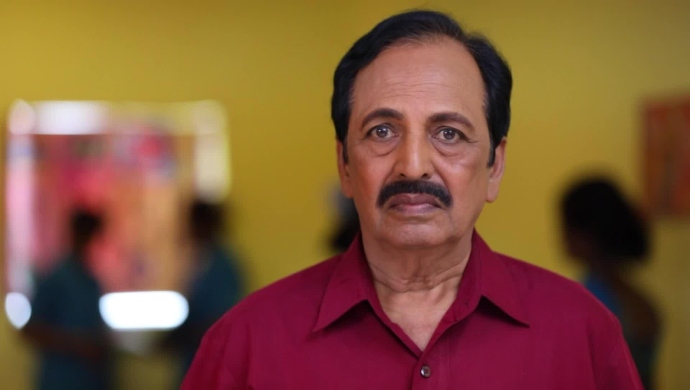 In the last episode of Sembaruthi, we saw that Adithya who is speaking to Parvathy and says that she would be soon able to walk. When Parvathy gets to know about the fact that Adithya has directly come to the hospital from the airport, she asks him to hurry back home as Akhilandeshwari might be worried about him. Later, when Adithya goes back to his house, he sees that Akhilandeshwari has been waiting for his arrival. When Akhilandeshwari asks Adithya about the meeting, he said that he accepted the terms of the contract, as he felt them to be just. This makes Akhilandeshwari a bit unhappy but she does not express it.

In today’s episode, we see that Vanaja looks tensed and she is walking alone in her room, in a while she calls Nandhini and complains to her about the events that are happening at home. She speaks about how Adithya and Parvathy’s relationship is blooming under the pretext of hospital visits. At a point, she even blames Nandhini for having not killed Parvathy. To this Nandhini says that she has another plan that she needs Vanaja to execute.

Later, we see that Vanaja goes to speak with Sundharam and she tries to confuse him with regards to Akhilandeshwari’s behaviour. She tries to scare him with the fact that Adithya’s closeness with Parvathy might result in Akhilandeshwari’s rage and this might even prove fatal to Parvathy’s life. Sundharam who is already a weak-willed person is influenced by this.

Meanwhile, Adithya goes to visit Parvathy at the hospital. There he gives her the air-pillow that he had previously given her and says that she can keep it close to her as it will remind her of him and this way she can be close to him even when Sundharam is around. In some time, we see that a worried Sundharam walks into Parvathy’s room. And when he sees her sleeping with a second pillow he is surprised.

He asks her about it but before she can answer his the nurse walks in and when he asks the nurse about it the pillow, she replies that it was given by Adithya to Parvathy. When Sundharam gets to know about this, he is angry and he shouts at Parvathy and walks out of the room. Here he sees Adithya who seems to be unaware of the things that happened and is seen walking towards Parvathy’s room. Sundharam walks towards him and says that he wants to speak to him alone. Here he says that Parvathy is a naive girl and he feels that she is in love with Adithya. Adithya is stunned to hear this coming from Sundharam’s mouth.

So, what do you think will happen? Will Adithya tell the truth to Sundharam?

If you like romantic films, check out, Endrendum Punagai streaming free on ZEE5.