Adithya feels a person's thoughts manifest into reality, so he tells Parvathy to be confident about Akhilandeshwari's approval. 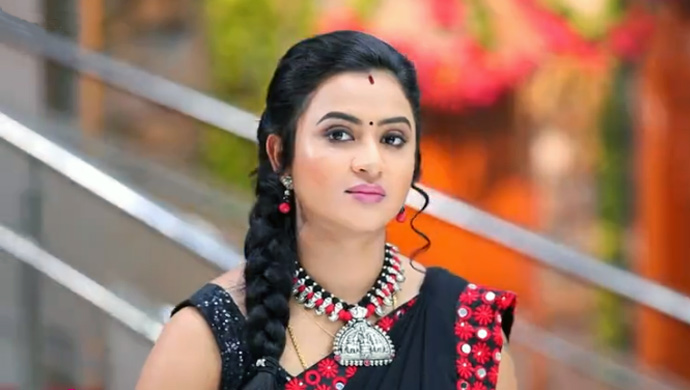 Will Akhilandeshwari know what is bothering her husband, Purushothaman?  To find out what happened in today’s episode, read on. Parvathy is worried because she feels she may not get accepted by Akhilandeshwari as Adithya’s wife. To comfort her, Adithya asks her to think positive and only think of the good. He feels a person’s thoughts manifest into reality, so he tells her to be confident about Akhilandeshwari’s approval.

Next morning, she finds a piece of paper on the floor. After reading it, she knows that Purushothaman is in a dilemma. She shows the document to Adithya and asks him if he knows what is bothering his father. Akhilandeshwari feels she may not be able to present the gift Purushothaman asks for on his birthday. Will she know that her assumption is correct?

After a while, Akhilandeshwari visits the temple room to check Mithra’s dedication. Mithra pretends as if she is engrossed in prayers and refuses to acknowledge Akhilandeshwari’s presence. However, after Akhilandeshwari leaves, Mithra starts singing a film song. Vanaja, who sees her taking the rituals for granted, slams her.

Mithra tells her she is least interested in getting blessed by the Adhukadavurs. She also says she doesn’t believe in superstitions, so she dismisses the belief that the Spatikha Mala will turn black if the puja is not performed well.

Meanwhile, Aishwarya visits Adithya’s room to know what Parvathy is doing there. How will Parvathy justify her presence in Adithya’s room? For more entertainment, watch Sathya on ZEE5.