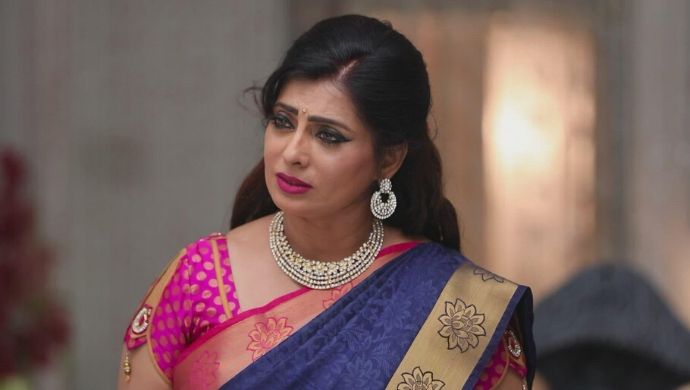 In the previous episode, Adithya assures Parvathy that Akhilandeshwari might be on to Mithra and has no hard feelings for her (Parvathy). Later on, Vanaja convinces Akhila to see a psychiatrist to help her remember what Adithya had told her at the hospital. After almost confirming that Adi did indeed visit her, Vanaja instigates her to confront Adithya about the entire thing. The episode ends with Akhila pondering over the thought of confronting her son.

Watch the recent episode of the show right here.

In the upcoming episode, Akhila goes home and asks Adithya if he had come to see her at the hospital when she was unconscious. After hesitating a little bit, Adithya tells her that he did come to see her at the hospital. She then asks him to tell her what he had told her back then. Will Adithya reveal the truth about his marriage with Parvathy? Will Akhilandeshwari accept their relationship or will she take an unwise decision out of rage? To know more, watch Sembaruthi that will air on Zee5 tonight.

For the unversed, Adithya and Parvathy secretly get married due to unforeseen circumstances. Akhilandeshwari is against their relationship from the beginning since she wants to get Adi married to someone of her own status. The two decide to wait until Akhila approves of them to start their married life together. But Akhila is pretty sure that something fishy is going on in the house.

Sembaruthi 5 November 2019 Written Update: Adithya To Confess The Truth On His Birthday