Adithya assures Akhila that he will settle Shailaja's case before things get blown out of proportion. And he honours his words by saving Arun. 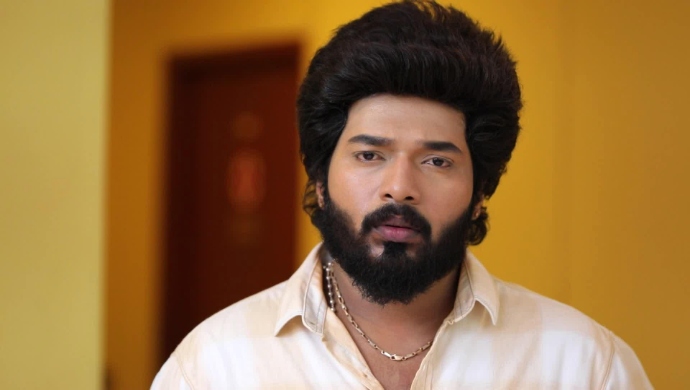 In today’s episode of Sembaruthi, Adithya once again tramples Nandhini’s attempts to ruin the image of the Adhikadavurs. He saves Arun in the nick of time and proves that it was Shailaja’s plan to target his brother and his family. Read on to know how the episode unfolded. Today’s episode begins from where it ended yesterday. Akhilandeshwari is furious with Arun and feels ashamed of giving birth to a son like him. She says that he has always done things to dilute all her efforts and destroy her goodwill. Hence, she feels that he doesn’t deserve to exist. She goes to her room to get her revolver.

Then she puts the gun to Arun’s head and decides to punish him for the blunders he as committed. But after she sees a teary-eyed Aishwarya, she changes her mind. She feels she would do injustice to Aishwarya who got married into the house after pinning hopes on Arun. Hence, she decides to kill herself instead. Vanaja, Mithra and Uma are happy to witness the drama and they wish to see Akhilandeshwari dead. But when Adithya assures her that he will deal with Shailaja and settle the issue, Akhilandeshwari puts the revolver down, and retires to her room fuming with rage. After she leaves, Arun reveals that it was Parvathy who told him about Shailaja being an aide of their arch-rival Nandhini.

Meanwhile, Shailaja calls the press to show them pics of hers with Arun and the DNA report as evidence to prove that he is the father of the child. She tells that she wants justice and expects Akhilandeshwari to accept her along with the child. Nandhini, who has planted Shailaja, enjoys the drama from a distance. But when she sees Adithya, Arun and Aishwarya, her hopes of ruining Akhilandeshwari get shattered. Adithya addresses the media and gets them introduced to the biological parents of the child along with other evidence to prove that Shailaja is lying. Keep watching Sembaruthi and and for more entertainment, watch Sathya, the love story of a tomboyish girl, on ZEE5.