Sembaruthi 7 September 2019 Written Update: Arun Says He Is Not Worthy Of Aishwarya’s Love

Arun, who regrets breaking Aishwarya's faith, apologises to her and says that he is misfit to be her husband. He regrets being a Casanova in the past. 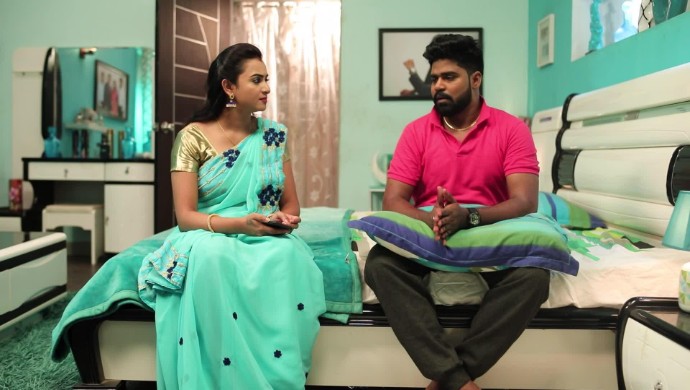 In today’s episode of Sembaruthi, Adithya succeeds in proving that Shailaja was trying to ruin the reputation of his family by narrating a fabricated story. However, he refrains from naming Nandhini when quizzed by the reporters about the person behind the conspiracy. He says that he wouldn’t like to give the person in question any mileage by taking the name. Thus, he proves he is far superior than Nandhini. To know how the episode unfolded, read on.

After returning home, Adithya tells Akhilandeshwari that he has solved Shailaja’s matter and assures her that she won’t dare to harm them in the future. Akhilandeshwari is proud to have Adithya as her son and feels thankful to God for blessing her with a child like him. Later in the day, she visits the association to give a fitting reply to Nandhini for hatching an ugly plan against her. The association members raise objection to Akhilandeshwari’s conduct but she tells them to ask Nandhini what she did. She wants them to know why she was compelled to raise her hand on her. And after realising that she may lose her supporters, Nandhini requests them not to interfere. Thus, she admits she was at fault.

In the meantime, Arun, who regrets breaking Aishwarya’s faith, apologises to her and says that he is misfit to be her husband. He regrets being a Casanova in the past and wonders how he can rectify the blunders he had committed. He says that he is not worthy of Aishwarya’s love. On the one hand, there’s silence between Arun and Aishwarya, and on the other, there’s profound understanding between Adithya and Parvathy. During the conversation Adithya feels concerned about Arun because both Aishwarya and his mother are upset with him. Parvathy assures him that things will be fine soon. Parvathy’s assurance and faith make Adithya smile. Keep watching Sembaruthi, and for more entertainment, check out Nachiyarpuram, starring real-life couple Dinesh and Rachitha, on ZEE5.

If You Like Masala Dosa Like Ashwini Radha Krishna, Here's How You Can Make It At Home