Tonight's episode will reveal what Vanaja will do after seeing Parvathy performing the puja. 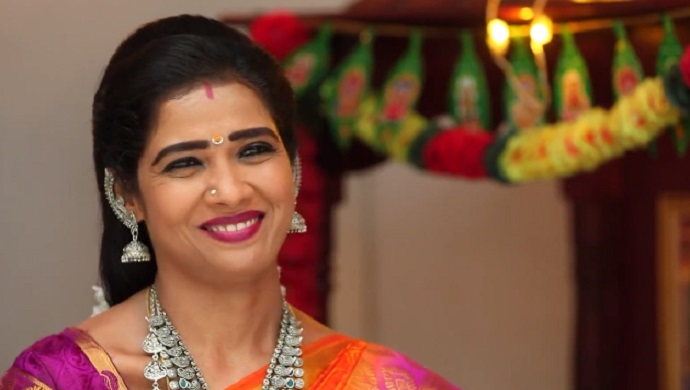 Here’s upsetting news for fans of Parvathy and Adithya. Parvathy, who was performing the Munnorgal Puja in Adithya’s room in secrecy, will be seen by Vanaja. Yes, it is sad but true. Tonight’s episode will reveal what Vanaja will do after seeing Parvathy performing the puja.

For those who joined in late, Mithra, who hails from the Naagpuri Vamsam, is determined to ruin the Adhikadavur family. She misleads Akhilandeshwari by hiding her real identity and producing a fake horoscope to impress her. Akhilandeshwari chooses Mithra for her elder son Adithya without knowing that he is in love with Parvathy, the cook of their house.

Adithya marries Parvathy secretly and only informs his father and brother about it. He knows his mother will be furious if she knows he has married her driver’s daughter. So he waits for the right opportunity to disclose the truth to her. Purushothaman decides to speak to Akhilandeshwari on his birthday and ask her to accept Adithya’s ladylove as her daughter-in-law. He chooses his birthday because he knows she will never say no to him and will readily give whatever he asks.

Vanaja, who knows about it, hatches a counter plan to ruin his plan. She seeks Akhilandeshwari’s consent to let Mithra perform the Munnorgal Puja to get blessed by the Adhikadavur ancestors. Adithya, who is not happy about Mithra performing the puja, asks Parvathy to do it secretly in his room.

At the end of the three-day ceremony, Parvathy succeeds in getting the acceptance and blessings of the Adhikadavurs. And now, Vanaja knows about it. What will happen tonight? Meanwhile, if you want to learn new recipes, check out the videos streaming on ZEE5.

Sembaruthi 8 July 2019: Akhilandeshwari Glad That Her Ancestors Have Accepted Mithra