In today's episode of Sembaruthi, Akhilandeshwari will tell Sundaram that she will have the food served by him only on one condition. 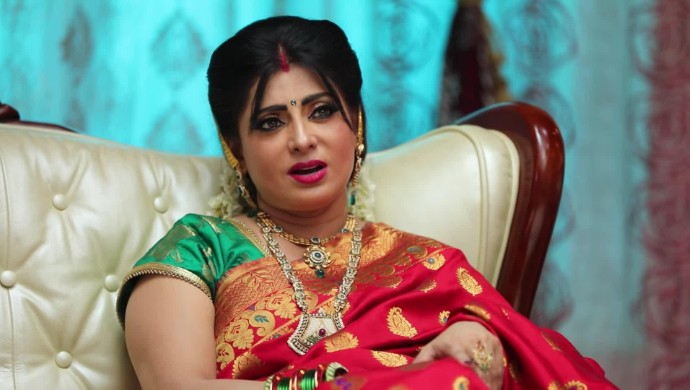 We know every one must be wondering whether or not Akhilandeshwari will ask Sundaram to return to the city and resume work. And here’s good news for you. In today’s episode of Sembaruthi, Akhilandeshwari will tell Sundaram that she will have the food served by him only on one condition – she tells him that he must return to her mansion with his family, and if he doesn’t agree, then she would leave without consuming the food served.

Thus Akhilandeshwari leaves the ball in Sundaram’s court. Adithya, Arun and Sundaram are happy to know that Akhilandeshwari wants Sundaram to get back to work as usual. For the unversed, Purushothaman had reminded Akhilandeshwari of the promise made to Sundaram after he tried to commit suicide in the past. Parvathy’s marriage got interrupted twice. Unable to withstand the grief, Sundaram tried to end his life. To dissuade him from taking the drastic step, Akhilandeshwari assured him that she would find a suitable groom for Parvathy.

Now, you know why Akhilandeshwari wants Sundaram to return to her house. She wants to fulfill her promise so that Adithya’s marriage can take place uninterrupted and peacefully. However, no one knows about it other than Purushothaman. Now, will this give Adithya a chance to tell Akhilandeshwari that he is already married to Parvathy? How will things unfold from this point? But most importantly, will Sundaram agree to return to the city to honour Akhilandeshwari’s request?

Watch Sembaruthi tonight to see what Sundaram says and how Parvathy reacts. And for more entertainment, check out the videos of Nachiyarpuram, starring real-life couple Dinesh and Rachitha.

If You Enjoy Burgers Like Oru Oorula Oru Rajakumari's Iniyan, 5 City Joints You Must Try