Akhilandeshwari takes Parvathy and Adithya's horoscope to an astrologer and asks him to check if those two horoscopes have any relationship. 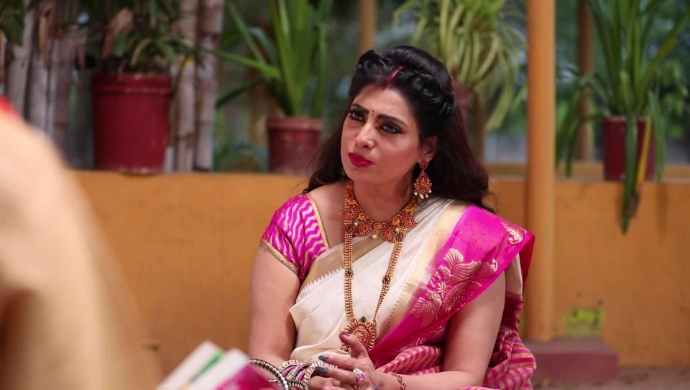 In the last episode of Sembaruthi, we see that Adithya is angry with Vanaja and he also is irritated with Parvathy’s silence. He asks her why she is quiet when Vanaja questions her about the badge. But while he is saying all this, Akhilandeshwari stands on the upper floor and listens to everything that he has to say. Later, Adithya and Shyam happen to meet Deepak on the road but they soon realise that there is something amiss about him and they soon take him to the hospital.  Akhilandeshwari dreams about Adithya and Parvathy’s wedding ceremony and she wakes up shattered. She is worried about this dream and cannot understand as to why she dreamt of such a thing.

So, what do you think will happen? How will Akhilandeshwari react to this news?

Also, did you know that ZEE5 has an entire section dedicated to English animated movies? Check them out!

Exclusive: Shiva Of Poove Poochoodava Is As Bold As Shakti On The Show To Add Drama

Sembaruthi 9 May 2019 Written Update Of Episode: Akhilandeshwari Meets With An Accident