Trouble mounts for Mithra after the blackmailer threatens her to expose the truth about her in front of Akhilandeshwari. 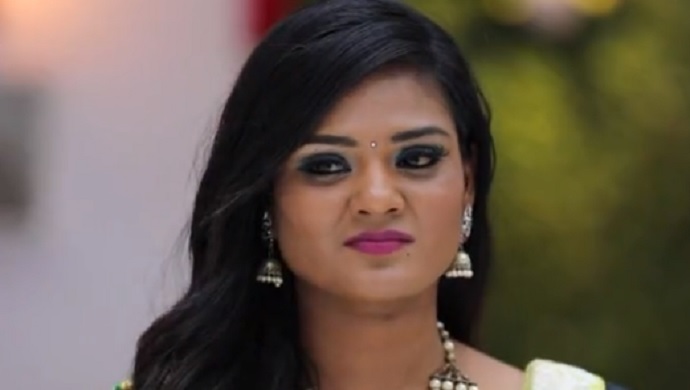 You reap what you sow. And the saying stands true for Mithra of Sembaruthi, who seems to have invited trouble by doing wrong to Parvathy. With Vanaja and Uma’s help, Mithra tried to sling mud at Parvathy but in turn, got punished for her misdeeds. Mithra wonders how she will defend herself now. Trouble mounts for her after the blackmailer calls her to threaten her saying that he would reveal her truth to Akhilandeshwari on the next morning. And he says that once he sends evidence to prove she is not trustworthy, Akhilandeshwari will take her to books.

The consequences of getting exposed compels Mithra to request the blackmailer not to reveal her truth and agrees to follow all his instructions. The blackmail seems to be in no mood to listen to her requests, and he says that his verdict in his court will be the final. He looks determined to get Mithra exposed in front of Akhilandeshwari, who has no clue about her real character.

And now that Akhilandeshwari doesn’t have any regards for her would-be-daughter-in-law, how will she react after knowing that she has chosen the wrong girl for her son? What do you think the blackmailer will do? Will he expose Mithra or is he cautioning her? Let us know your thoughts in the comments section below!

In case you like watching Tamil TV soaps, watch Satya, the story of a brave woman, streaming on ZEE5.