Akhilandeshwari, who genuinely feels sorry for the kids, gets disheartened after parents of affected children refuse to believe she is not guilty. 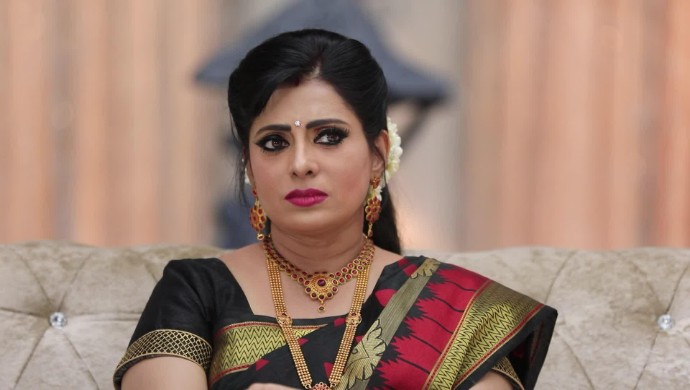 After the court hearing Akhilandeshwari visits the hospital along with Adithya, Parvathy and Arun to meet the affected children. However, she gets insulted by parents of the kids that have been admitted to the hospital after consuming adulterated baby food sold by Akhilnadeshwari’s company. Arun intervenes to tell them that his mother has been acquitted in the case but they refuse to believe. They state that she is powerful and influential enough to save herself from court cases. Akhilandeshwari, who genuinely feels sorry for the kids, gets disheartened due to the trust deficit.

For those who joined in late, Nandhini had hatched a plot to name and shame Akhilandeshwari by accusing her of selling adulterated baby food products. She hires Senthil, a person working with Akhilandeshwari’s company, to execute her plan. She pays him a huge price to get the work done.

Adi who suspects the involvement of one of the managers responsible for the distribution of the products succeeds in catching Senthil red-handed by implementing Parvathy’s plan. Adi feels grateful to Parvathy for saving his mother from trouble. What do you think Akhilandeshwari do to win the faith of her consumers? For more entertainment, check out Romantic Hindi Song Videos here on ZEE5.