Akhilandeshwari visits the temple, to seek the Almighty's blessings for the kids. She refuses to return home until the kids regain consciousness. 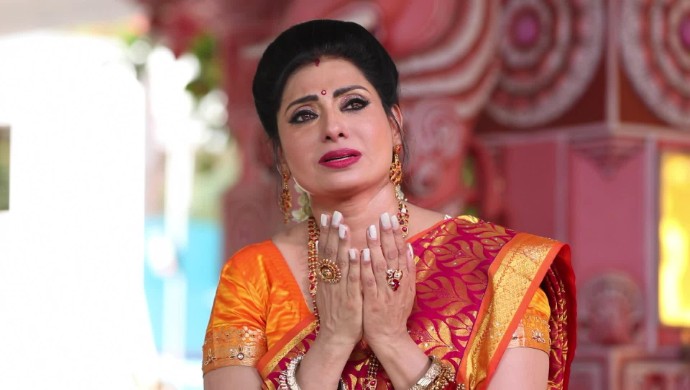 Today’s episode of Sembaruthi will make Parvathy and Adithya’s fans smile because they succeed in proving that Akhilandeshwari is not guilty. Their efforts have reaped fruits. Senthil gives his statement in the court in Akhilandeshwari’s favour but refuses to name the person who asked him to frame her in the false case of adulteration. Thus, he saves Nandhini from getting exposed in the court but his confession helps Akhilandeshwari get acquitted of all the charges.

Nandhini gets disappointed after Senthil gives his statement to save Akhilandeshwari in getting embroiled in the false case. Mithra and Vanaja, who were eagerly looking forward to seeing Akhilandeshwari in behind bars, get annoyed. However, truth prevailed over falsehood and saved Akhilandeshwari from getting arrested.

After hearing the court’s verdict, Akhilandeshwari heads for the hospital to visit the families of the kids that are affected. But when she visits them to express her genuine sentiments, she receives brickbats for selling adulterated food products. They refuse to forgive her because they think it is easy for influential people like her to rid themselves of trouble.

Later, Akhilandeshwari visits the temple, to seek the Almighty’s blessings for the kids. She refuses to return home until the kids regain consciousness. Meanwhile, Parvathy meets Thatha to inform him about the trouble Akhilandeshwari had to face. Thatha asks her to have faith and gives her a kalash of water as his blessings. He asks her to make the affected kids have the water blessed with divine powers. He assures her that the kids will recover after consuming the water.

Parvathy tells Adithya to take her to the hospital so that she could convince the parents of the kids to let her share the divine water. Will Parvathy succeed in winning their faith and confidence?

For more TV shows, check out Piriyatha Varam Vendum, only on ZEE5.