After realising that Akhilandeshwari will never accept her as her daughter-in-law, Parvathy looks determined to dissolve her marriage. 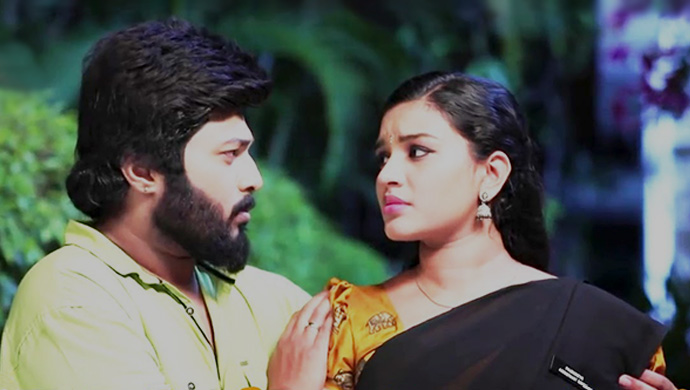 Will Adithya and Parvathy’s marriage work and will Sembaruthi of their love bloom? It looks a distant dream because Parvathy feels it is time for them to dissolve their marriage. Adithya, who secretly married Parvathy, hasn’t yet disclosed about it to his mother, Akhilandeshwari. Only his father Purushothaman and his brother Arun know about his marriage. However, they haven’t mustered the courage to reveal it to the matriarch of the family. How will things unfold and will this mark the end of Adithya and Parvathy’s love story?

For the unversed, here’s a flashback to the story. Akhilandeshwari chooses Mithra for Adithya after getting misled by the fake horoscope presented by her. Mithra hails from the family of the Naagpuri Vamsam, the arch-rivals of the Adhikadavurs. Nandhini, her elder sister was rejected by Akhilandeshwari, and now her younger sister is determined to avenge the humiliation.

Akhilandeshwari wants Adithya to marry a girl of her choice. She wants her daughter-in-law to be on par with her family reputation and pride. Hence, she completely rejects the idea of getting Adithya married to anyone, who doesn’t fit the bill, financially and otherwise. Purushothaman, who had suggested she must consider Parvathy as a match for Adithya, gets slammed by her for thinking of such a possibility.

Now, after realising that Akhilandeshwari will never accept her as her daughter-in-law, Parvathy looks determined to dissolve her marriage. Moreover, she feels guilty about keeping her father in the dark about her relationship with Adithya. And hence, to honour her father’s request, she decides to walk away from Adithya’s life.

In the promo embedded above, Parvathy leaves Adithya speechless after telling him that he must forget her. She addresses him as Aiyya (boss) and not Mama (husband). What will Adithya do now? Watch Sembaruthi to know what happens hereafter and for more entertainment, watch Piriyadha Varam Vendum, a love story that transcends time.