In the series, Mithra comes across as a vile character who like to play deceitful games and somehow harm Parvathy. 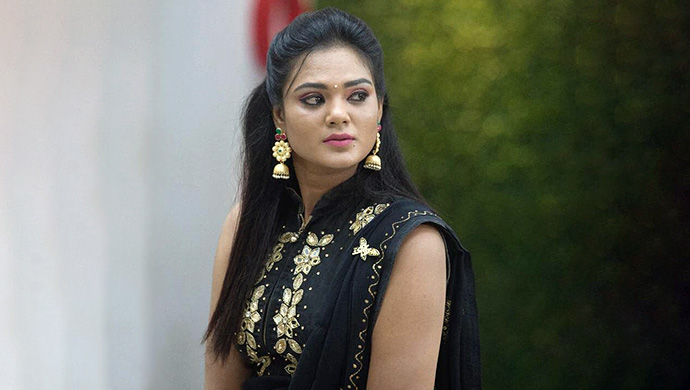 Catching up with the sweet memories of your past is something which we all like to do. So, be it your old school things that your mother might have kept safe or your old picture where you are striking a pose that is sure to embarrass you 10-15 years down the line. We just love the feeling that these memorabilia give us, it is just pristine. Speaking of which it seems that Bharatha Naidu, or Mithra from Sembaruthi, as we know her better, likes this nostalgic reverie.

Watch Mithra as she tries to create problems for Akhilandeshwari in the series Sembaruthi.

In the show, Mithra is one of the three antagonists who is bent on creating issues for Adithya and his family. She fits in the show, as the sister of Nandhini who is like the arch-rival of Akhilandeshwari. Moreover, in the series, Mithra comes across as a vile character who like to play deceitful games and somehow harm Parvathy.

But in real life, Bharatha is a fun loving person who likes to find happiness in the simple things that life has to offer. So while scrounging through her Instagram posts I found some, where she has posted pictures of hers which look as if they are straight out of her memory book.

Here are some of her posts from Instagram which is sure to remind you of your happy past.

Oh just look at the sweet smile and innocent charm! Who would have imagined that after three years, she would have opted to play a character with such villainous intent?

Although in the show Mithra plays a vital role in creating problems to Akhilandeshwari and her family, her intensity as a villain is less as compared to the evil duo, Vanaja and Nandhini. But a look at this picture below is sure to make you forget about her character traits and make you go awww!

So, be inspired by Bharatha and search for your old pictures and stuff and let that happiness from your past fill your life with positivity.

If you like romantic films, check out, Endrendum Punagai streaming free on ZEE5.