Sembaruthi’s Parvathy Shares The Importance Of Having Your Own Identity

If you have an opinion of yourself then will you have an identity for you, otherwise, you will be just like an echo of someone's else's personality. 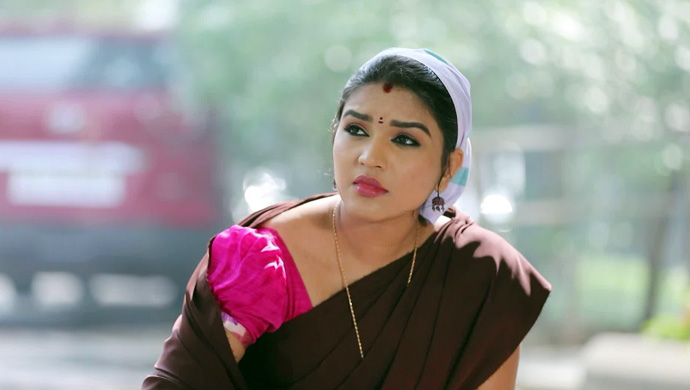 If you are an ardent viewer of the Tamil show Sembaruthi that streams on ZEE5, then you would know about the evolution of the character Parvathy. The part of Parvathy in the show is essayed by actress Shabana Shajahan. In the series, we see that Parvathy has grown as a character, in terms of her stature and personality. I mean watch her when she was introduced in the show, she was weak and often dominated by characters like Vanaja and others. But watch her now, in some recent episodes, you must have noticed how Parvathy manages to devise plans to get back at these villains of the show.

Watch the struggle and fight that Parvathy contributes to the series Sembaruthi.

It seems that Shabana is taking this lesson from the show, seriously. Because in a recent post to her Instagram page this actress posted a message and has asked us to read it carefully to understand the deep thought behind the post. It looks like she is asking us to be liberated from all forms of domination and live life for yourself.

Swipe and take a lil time to understand this concept🌸its your life ,dont let anyone control u ,dont live for someone else , live for yourself ❤️ ❤️ #shabbo🥀

Now, why is it important for you to heed to this post? It is because only if you have an opinion of yourself then will you have an identity for you, otherwise you will be just like an echo of someone’s else’s personality. While it is important to accommodate the thoughts that others give you but it is also necessary to know where to draw the line. And when you should step up and say, “No, I am not your puppet”.

To simplify this thought for you let us take the example of Uma from the show. If you were to look closely, the character of Uma is very weak and it is not just because she is not confident but because she allows Vanaja to dominate her. So, perhaps if it were let to her own desire, she might have bonded well with Parvathy and they could have become friends.

So get inspired by Shabana’s message and start living your own life, instead of letting people tell you, what to do and what not to do. Learn the art of saying no to people who try to dominate you, because you are stronger and better than them.

So, how do you think you should start this journey of self-reclamation?  Share your thoughts with us in the section given below.

Vetrivel: The Struggle Of A Man To Look Past The Age Old Traditions That Binds Him In His Village