One thing this talented actress makes sure is that each time she comes onscreen she makes it a point to leave her mark on the viewers. 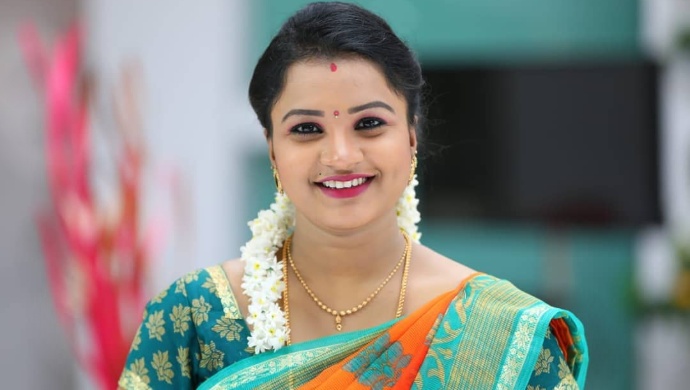 In the series, Sembaruthi, if Vanaja (Laxmi) is the dreaded villain, who is constantly searching for opportunities to create trouble, then there is only one character who you can place just opposite to Vanaja and the whole essence of the scene changes. And the character we here are speaking about is none other but the person who is constantly in search of something to eat, which is Uma. The character of Uma in the show is played by Jennifer.

Watch the fun that Uma brings in the show Sembaruthi.

On the show, Uma is Vanaja’s niece and she is shown as a talkative person, who is not much bothered by the incidents and people around her. All that matters to her is to eat at the proper time and have tasty stuff. The role that Jennifer essays is not a very significant one and there are times when we do not see her onscreen for days. But one thing this talented actress makes sure is that each time she comes onscreen she makes it a point to leave her mark on the viewers.

Recently, Jennifer aka Jenny shared some pictures on her Instagram handle which gave us that happy news of her engagement. Jenny got engaged to her longtime boyfriend Saravanan. Apparently, Jenny and Saravanan have been speculated to be in a relationship for a long time now.  And they also happen to be distant relatives. So, their engagement ceremony which was on a small scale was just a family event.

Finally got engaged with @isaravana_1228

Just after a few minutes that she shared this post, wishes started pouring in from her fans and lovers. But the most highlighting one was the wish and blessings that Jenny’s friend and co-artist Laxmi shared. So, while we wish the talented actress all the best for her life, you guys go ahead and share your views in the comments section.

If you like watching drama series try catching up with the latest episode of  Iniya Iru Malargal, now streaming on ZEE5.

Manmarziyaan: Rummi, A Free-Spirited Woman, Tries To Balance Her Desires With Her Obligations Towards Her Family

Soodhu Kavvum: Why Is Shalu An Important Character In Das’ Life?