Sembaruthi’s Vanaja Aka Lakshmi Dubs Like A Boss, Watch Videos

Vanaja of Sembaruthi aka Lakshmi comes across as a fun-loving, jovial and a cheerful person in real life. 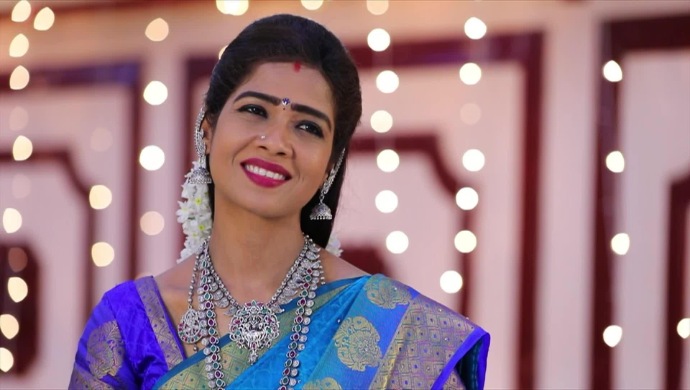 Vanaja of Sembaruthi comes across as a wicked woman who wants to ruin her co-sister Akhilandeshwari’s life. Lakshmi, who plays Vanaja in Zee Tamil’s most popular show Sembaruthi, is unlike her onscreen character. She is a friend of Priya Raman and Sanjay Kumar Asrani, whom she hates onscreen while essaying her character.

Lakshmi in her real life seems to be a fun-loving, jovial and a cheerful person. Her Instagram posts prove the aforementioned.

Take a look at some of her fun videos:

Those who follow Sembaruthi will know that Vanaja is hell-bent on proving that Adithya has an affair with Parvathy. She wants Adithya to get married to Mithra, who also wishes to ruin Akhilandeshwari’s life. Vanaja, who has been disowned by her husband, stays with the Adhikadhavur family but her goal is to take over their business empire.

She meets Nandhini to chalk out a plan to counter Purushothaman’s plan. So she tells Akhilandeshwari about Mithra’s desire to add the prefix Adhikadavur to her name. She knows if Mithra officially becomes an Adhikadavur, Akhilandeshwari will not be able to stop her from getting married to Adhithya.