Sembaruthi’s Vanaja Shares A Post About Her Off Screen Sweethearts, Don’t Miss

Vanaja is such a kind of a character whom you would never like to meet in person. Her persona and her attributes they all reek of her evil nature. 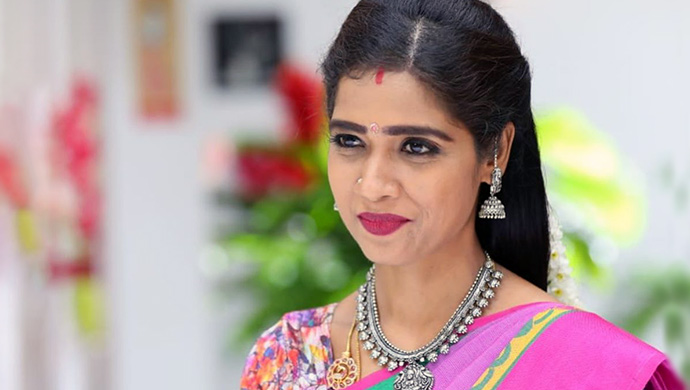 What is it that makes a character a negative character? I think it is the genuine passion with which the role demands an actor to express the emotions of hatred and jealousy that makes the best of a villainous character. But there are only a few actors who can effortlessly pull of that stint and moreover only a numbered who can create an eternal villain out of the character handed down to them. Laxmi is one such actress who has made the character of Vanaja from the series Sembaruthi eternal.

Watch the issues that Vanaja creates in the show Sembaruthi.

Vanaja is such a kind of a character whom you would never like to meet in person. Her persona and her attributes they all reek of only one thing and that is her villainous mindset. And unlike other villains of various shows who have a strong motive to be a character of negative shade, Vanaja has no motivation or an external factor that rules her behaviour. It is only the fact that she is an incarnation of pure evil that makes her one of the most dreaded villains of television history.

Thus, when Laxmi who eternalises the character shared a picture from the shooting location of the show and gave it a caption “With my sweethearts”, it came as a shock because the people involved in the post are in the show her arch enemies and they are also the same people who seem to be affected the most by Vanaja’s antics. Check out the post that Laxmi shared.

As you can see the two people in Vanaja’s post are Akhilandeshwari (Priya Raman) and Parvathy (Shabana Shahjahan). In the show, we see how Vanaja has taken up the responsibility to keep creating issues for Akhilandeshwari and Parvathy and yet here we see them be in a good relationship. In fact, actress Laxmi is one of the most jovial persons you would ever come across and she is someone who likes to spread joy and happiness. So, one would wonder, how could she be so evil in the show, well that’s what we call as great acting.

So, what do you think about Laxmi and her sweet nature? Share your opinion with us in the section given below.