Read to know why you can't miss Shalini Pandey's performance in Gorilla. 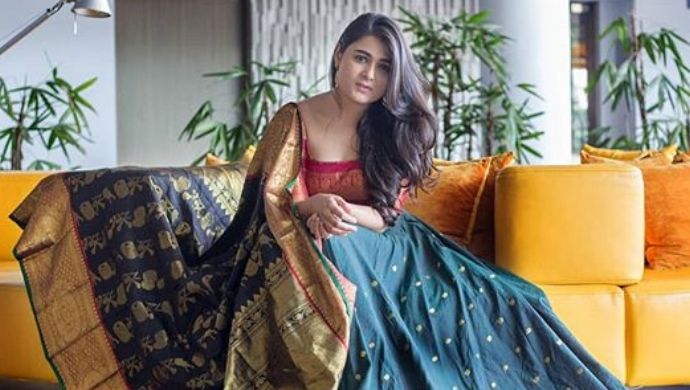 Shalini Pandey was last seen in the movie Gorilla opposite Jiiva and received a pretty good response from critics and the audience for it. Gorilla is about three down-on-luck friends who decide to rob a bank Hollywood-style and then there’s Shalini, who is being pressured by her family to get married, only the guy in love with her is a petty criminal, played by Jiiva. Gorilla is comedy heist movie and director Don Sandy  understands what the audiences need, and takes everyone along with him on this fun journey.  Both actors Jiiva and Shalini recieved praise from fans for their performances in the film, especially since this film marks Shalini’s debut in the tamil film industry.

Watch the trailer of Gorilla here!

3 reasons why you must watch Gorilla for Shalini.

As opposed to her last film that got her a lot of love and criticism, Gorilla will have her romancing Jiiva in a different avatar altogether. Her character will be a lot more outgoing than her last venture.

Her onscreen chemistry with Jiiva

Shalini’s chemistry with Jiiva is romantic and fun to watch. It’s actually her bond with Jiiva and the Gorilla that make this one a must-watch.

Shalini’s performance in the film

The actress is not just a damsel in distress in this one but will also be making you laugh with her antics. She will make you smile, laugh, cry and fall in love with her all over again.

Karthik Raj's Pics With His Pitbull And Saint Bernard Will Make You Want To Adopt One Too!