Shivani Narayanan’s TikTok Videos Prove That She Is A Fun-Loving Girl, Watch

Rettai Roja star Shivani Narayanan proves that she is the queen of expressions by displaying a variety of emotions in her TikTok videos. 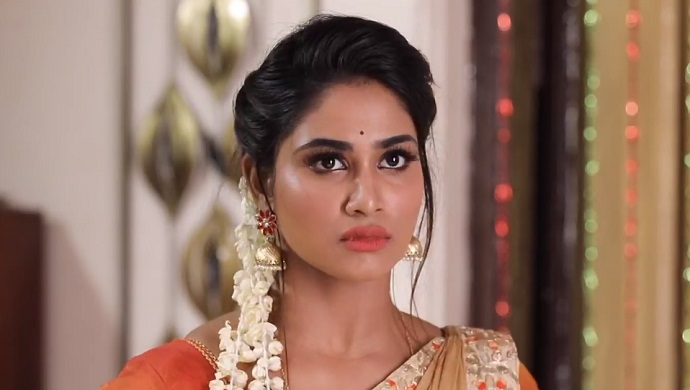 Shivani Narayanan has impressed viewers by playing a double role in the newly launched daily soap Rettai Roja. As identical twin sisters Anuradha and Abirami, Shivani comes across as two diametrically different personalities, with the former being the bolder one. Going by the TikTik videos that Shivani has posted on her Instagram, it seems as if she is way different from the characters she essays on the screen. She is neither rude like Anu nor coy like Abi. In real-life Shivani is the typical young, fun-loving girl of today’s generation.

The Rettai Roja star proves that she is the queen of expressions by displaying a variety of emotions in her TikTok videos. Check out of the clips here:

Tik Tok in between Shoot. ❤️

The pretty model turned actress is also a fashionista. Shivani carries both Indian and Western attire elegantly, and her Instagram pics are proofs. For those who joined in late, Rettai Roja is the story of twin sisters who are poles apart. Anu is an advocate while Abi isn’t qualified enough. Anu dislikes Abi and mistreats her showing no remorse. The only thing common between them is that they look alike. Apart from their appearance, there’s nothing that would make you feel they are blood sisters.

Before the launch of the show, the promo had dropped ample hints about the things that we can expect Anu and Abi to do. It is evident that Anu may or may not treat Abi with respect, but the younger one shall always be loving towards her. However, it will be interesting to see how long Abi endures the pain given by her sister.

5 Scenes From Enakkul Oruvan That Will Really Make You Laugh