Sindhu is not a typical woman that you usually see in the general tone of Tamil movies. She is a strong and self-made woman. 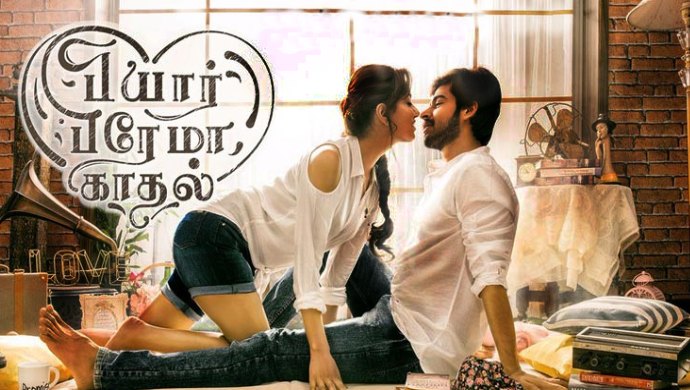 To give you guys a brief about Pyaar Prema Kaadhal, let me begin by stating that this movie is all about the romance and love between the young couple, Sree (Harish Kalyan) and Sindhuja (Raiza Wilson). Although this romantic comedy film deals with the qualms of love between these two lovers it also lends a certain perception and perspective about life and the society that is around us.

Watch the romance between Sree and Sindhuja in the movie Pyaar Prema Kaadhal.

The story begins with the point where we Sree, who works in an IT company and belongs to a middle-class family falls in love with Sindhuja, who is a modern and ambitious woman. Incidentally, Sindhuja and Sree get to work together and soon they get close to each other. But things change for both of them when Sindhu, who yearns to start a restaurant in LA, suggests a live-in relationship to Sree.

In the wake of the events presented in the movie and the conflicts that arise in the plot, one thing that is made clear is that Sindhu is not a typical woman that you usually see in the general tone of Tamil movies. She is a strong and self-made woman who knows what she wants and what she does not. Thus, in the undercurrents of romance, Pyaar Prema Kaadhal kindles a feministic attitude.

Sindhu can take care of herself and she does not shy away from her physical needs and even when at a juncture Sree tells her about the whole office about their physical closeness and insults her for apparently having a weak moral code of conduct, she is unabashed and faces the whole world with her head held high. At the same time her love for Sree is true and she considerate about his parent’s feeling.

Thus, Sindhu is different from the typical representation of the woman in South movies and she lends new definition to the term feminist.

So, what is your opinion about the character Sindhu? Share your opinions in the section given below.

Will Divya Inform Her Mother About Sathya's Accident?