Soodhu Kavvum: Why Is Shalu An Important Character In Das’ Life?

Das finds comfort in the imaginary character of Shalu as he finds it easy to connect with her. 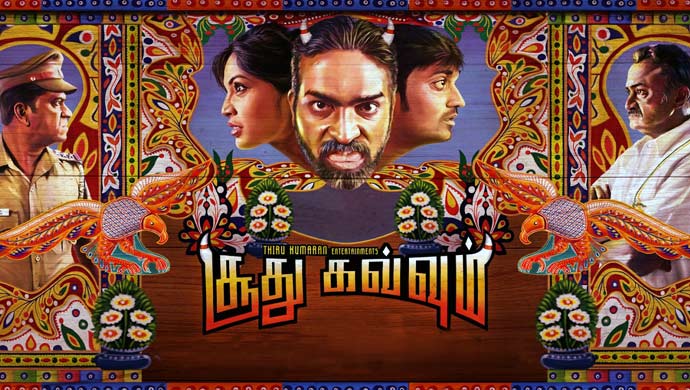 Most of us who have had an ‘only child’ phase in our childhood would know the importance of an imaginary friend. We have spent time within the four walls of solitude and an imaginary friend would be someone who would be there for us. But this stopped for us, once we stepped out of our comfort zone and started interacting with people. But in case of Das, a character from Soodhu Kavvum, that is available on ZEE5, this is not the case. Actor Vijay Sethupathi who plays the part of Das in the movie has done an exemplary role portraying this conflicted character.

Watch the comic but lonely character of Das as depicted in the movie Soodhu Kavvum.

Das is someone who cannot connect with people and to escape from this reality he finds comfort in the character of Shalu, who is his imaginary girlfriend. In the scene where he explains his condition to Pagalavan, Kesavan and Sekhar, he tells them about how important she is for his existence. He confesses to them about his efforts to keep her intact. He even shows them a picture of hers that he has drawn. The lifelike the resemblance of the picture tells us about deep the connection that he has formed with Shalu.

If you would further notice the moods and fluctuations of Shalu, they are all predominantly based on Das’ moods. Thus, when he feels lonely and lost, she comes up with the thought of getting married to him and when he is frustrated and sad then she tries to cheer him up by dressing up in a sizzling outfit.

This connection between Das and Shalu reaches its peak when Das fails at a kidnapping attempt and they all meet with an accident. The blow of the incident and the shock of the accident is such that he imagines her dying at his arms. This relationship although it is oddly weird, it serves the purpose for Das and he can make peace with his issues.

What do you think about Shalu and Das’ relationship? Do let us know about it in the comments section.

What Happens When Four Friends Meet At A Wedding And Go On A Journey To Explore Themselves? Watch Veere Di Wedding