Vineetha Narayanaswamy has lent her voice to the soothing track penned and composed by Sekar Sai Bharath. 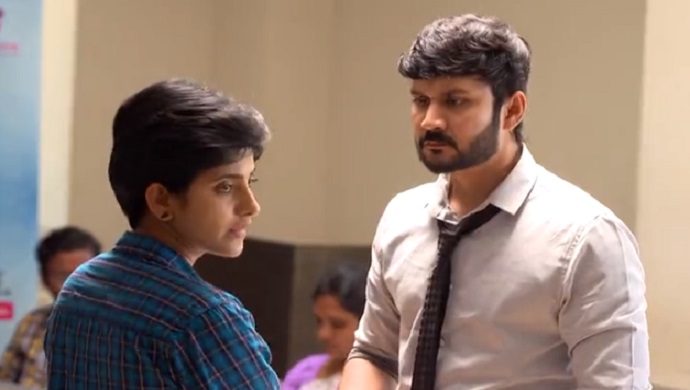 Dear fans of Sathya here’s good news for you. The female version of the Sathya theme song is out, and it will instantly make you feel blissful. Not just that, the beautiful lyrics will restore your faith in romance and relationships. Ayesha aka Sathya took to Instagram to share a montage of beautiful moments shared between her and Prabhu with the song playing the background.

Vineetha Narayanaswamy has lent her voice to the soothing track penned and composed by Sekar Sai Bharath.

Check out the song here shared on Instagram by the composer here:

For those who joined in late, here’s a summary of the story so far. Sathya, the protagonist, is a tomboyish girl, who runs her late father’s mechanic shed along with a group of male friends. Her elder sister Divya is a greedy woman who nurses hatred for Sathya. She dumps her rich boyfriend after he fails to speak with his father about marriage but later reconsiders his proposal when he gets her introduced to his family. Meanwhile, she accepts Parbhu’s marriage proposal only because of his secure financial background.

Interestingly, Prabhu becomes a friend of Sathya and gets attracted to her adorable antics. He admires her generosity and her willingness to lend a helping hand to those in need. However, he doesn’t consider worthy of having her in his life as his wife because of her tomboyish appearance and mannerisms.

Incidentally, Sathya, who is not aware of Divya’s engagement with Prabhu, falls in love with him. She secretly nurtures the desire to get married to him. But will Prabhu reciprocate her feelings? If you love watching Tamil TV shows, then check out Piriyatha Varam Vendum on ZEE5.

Watch Auto Shankar On ZEE5, Based On True Incidents