Characters belonging to different class struggle in Kalavu to rise above their daily issues in life. 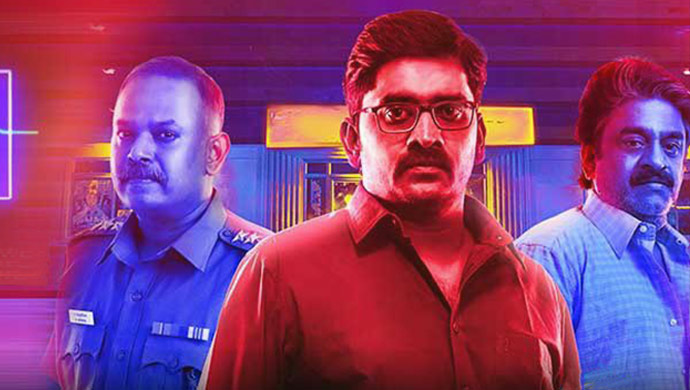 Kalavu is a thriller, there is no doubt about this fact, but on a closer look, it is also a story of the power struggle. The movie which stars talented actors like Karunakaran, Venkat Prabhu and Kalaiyarasan is a realistic take on everyday events that happen around us. Apart from that, it also carries a social message which should not be missed.

Watch the struggle of three wrongly accused youngsters, in the movie Kalavu.

In the film, you will find that there are three distinct narratives which form the basis of the story. One is where we see the action and problems with Sujeeth, a part played by Kalaiyarasan, and his friends. The second is with Gautham, essayed by Karunakaran, where we see the problems in his married life. While the third and the less prominent is of the theatre watchman, a character played by Chinni Jayanth.

Now, these three stories have one thing in common and that is a theft that happens and an accident that follows. Amid these events what is also shown to us is the struggle of the characters belonging to a different class. For the character of Gautham is shown as a rich and influential person who manages to find his way through the course of the story with the help of his wealth. But his problem is with striking the balance between his family and his wealth.

On the other hand, Sujeeth is someone who has a family and belongs to an average household with a decent living and his struggle like any other middle-class family is to sustain with dignity while having a bit of fun on the side.

And then comes the life of that nameless watchman from the theatre who bears witness to a crime. He is more concerned about his survival than his ethics and morality. Even though in the beginning we find him to have very less regard for money, but it is his circumstance and survival instincts that drive him to commit a murder for money.

Thus, with being a story about a crime and its investigation the movie Kalavu is also a narration of the real class struggle that we witness every day.

Are you interested in watching Tamil blockbuster movies? Then do check out the options available on ZEE5. In the meantime, do share your thoughts and comments in the section below.

Watch Saithan Streaming On ZEE5 If You Enjoy Dark Thrillers!