The makers of the show took to Instagram to share a brand new promo of the show featuring Priyanka aka Madhumita, the main antagonist. 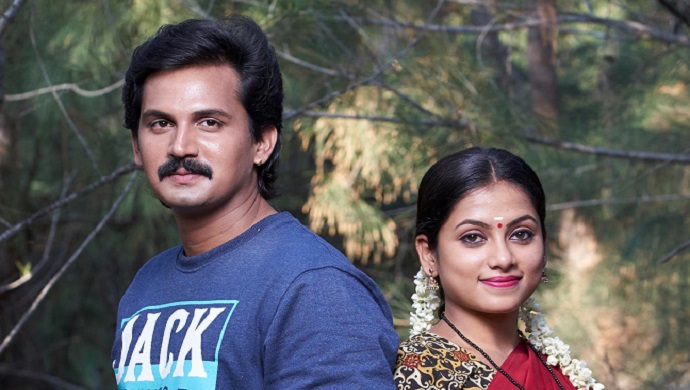 Dear fans of Tamil TV shows, here’s good news for you. A brand new Tamil show titled Piriyatha Varam Vedum will be launched this evening on Zee Tamil. Starring Vimal Venkatesan, Madhumita and Priyanka, the show based on the concept of reincarnation promises to narrate an intriguing love saga. So gear up for unlimited entertainment as a Piriyatha Varam Vedum is ready to open its box of surprises for you. The show replaces Azhagiya Tamil Magal at 7 PM and will be aired from Monday to Friday.

Watch the first promo of the show here:

The makers of the show took to Instagram to share a brand new promo of the show featuring Priyanka aka Madhumita, the main antagonist of Piriyatha Varam Vendum. The promo shows Madhumita gearing up to visit India to fulfil her desires that were left incomplete in the previous birth.

Take a look at the promo here:

For those who joined in late, here’s the background of the story in a nutshell.

Piriyatha Varam Vendum has four main characters – Maadhevan/ Rishi played by Vimal, Amaravati / Durga played by Madhumita, Arinayagi/ Chitra Devi played by Shailaja Priya and Mithrasenai / Madhumita played by Priyanka. Maadhevan, the erstwhile ruler of the kingdom, falls in love with an ordinary girl named Amaravati. His mother, Arinayagi, and her niece, Mithrasenai, are against his relationship with Amaravati. Arinayagi wants her son to get married to Mithrasenai to protect the integrity of their royalty. Hence, they kill Amaravati to eliminate from their path.

The king, who loved Amaravati more than his life, succumbs to depression after losing her to death. But destiny had something else in store for them. The four main characters reincarnate to kick-start a new chapter again.

Are you ready to explore Piriyatha Varam Vendum? Let us know how excited you are by leaving your comments below.

And if you love watching Tamil TV shows, check out Yaaradi Nee Mohini streaming only on ZEE5.