These Photos Of Anjana From Police Diary 2.0 Prove That She Is Every Photographer’s Muse

Check out these photos of Police Diary 2.0's Anjana Jayaprakash. 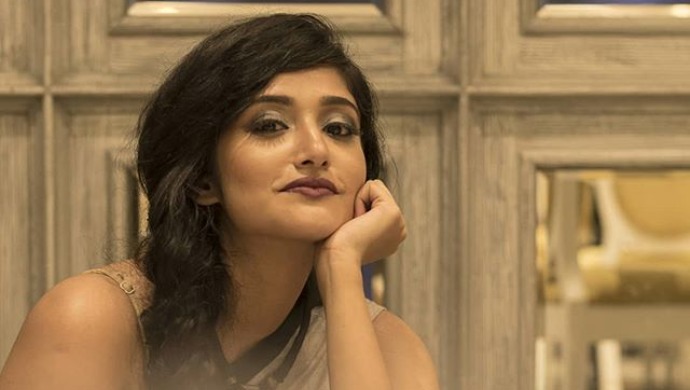 Anjana Jayaprakash plays a police officer in Police Diary 2.0 and the only female officer in the team. The actress is quite active on Instagram and her photos will take you by surprise. Anjana is literally every photographer’s muse and her photos on Instagram are proof enough. The model turned actress has been starring in a lot of web series but Police Diary 2.0 is one of her best roles. Anjana is a total badass in the series who  can pull off fight and chase scenes with ease.

Check out these gorgeous photos of Anjana right here.

Angels of the Woods. A conceptual fantasy shoot done a year ago. Shot by @prachuprashanth . Hair and Makeup by @makeupartistrybykavithasekar . Design and styling by @puraniii . Assisted by @hairandmakeupbynive .

This one looks straight out of a fairytale that has a happy ending. We love the outfit and backdrop in the picture. It looks even better because the actress chose to not accessorize and let her eyes do all the talking.

In Kais. Photo taken by @capturesbymurshitha .

Another one of our favourite photos. Anjana has let her curls down in this one and opted for bold makeup. It’s adding more drama to the picture.

A must-have in your wardrobe! We love the outfit and the sneakers and the buns. Anjana is pulling off the look perfectly, don’t you think? The purple lips are a bold choice that not many would go for but it looks great on the actress.

This is one picture where you only focus on the actress entirely and not at all on the drama around the pictures like the backdrop and the theme. This one looks like a picture taken at a brunch party of sorts.

You know how they say women look their sensual best in sarees? Anjana explains why in a series of photos in a saree. This one was our favourite from the series.

Sembaruthi 18 November 2019 Written Update: Parvathy Is Conflicted About The Elections

International Men's Day: 3 Badass Characters on Zee Tamil We Cannot Get Enough Of