Madhumita, who hails from Karnataka, made her Tamil debut with ZEE Tamil's Piriyadha Varam Vendum, co-starring Vimal Venkatesan and Priyanka. 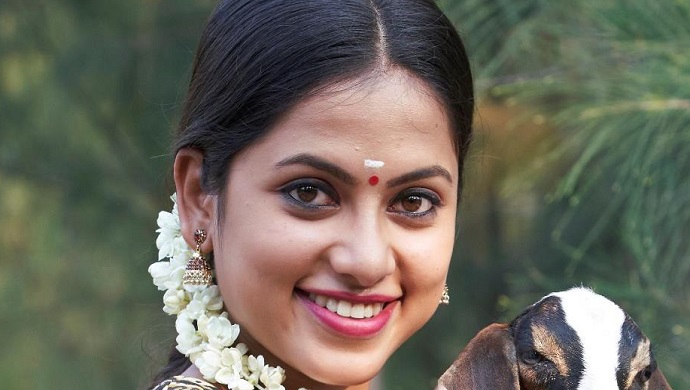 Madhumitha, the pretty girl who plays Durga in Priryadha Varam Vendum, is the cutest of all. She has wowed viewers with her innocence, simplicity and beauty on the screen, and these pics of hers will make you go gaga over her cuteness for sure.

Check out some of Madhumitha’s pics here:

Madhumita, who hails from Karnataka, made her Tamil debut with ZEE Tamil’s Piriyadha Varam Vendum, co-starring Vimal Venkatesan and Priyanka. The show is based on the concept of reincarnation, and narrates the love story of a prince and an ordinary village girl. Centuries ago, the royal man and the commoner girl fell in love but their love story ended on a tragic note. They died before they could unite. And to complete their love story, they have taken rebirth. However, they have similar set of challenges to face in the form of Chitra Devi and Madhumita.

In the show, Madhumitha plays a dual role – Amaravati and Durga. In an interview to ZEE5, Madhumitha revealed that it was challenging to play Amaravati’s part because it needed tremendous control over the emotions an actor. However, she said that she is nothing like the characters that she plays on the screen.

Madhumitha’s on screen chemistry with Vimal has proved to be a hit. The cute scenes between them have been loved by the audience and we are sure that fans are looking forward to seeing them unite soon. And for those who joined in late, Piriyadha Varam Vendum, is all about revenge and betrayal. The story moves to and fro between two different eras that are inter-connected. It will be interesting to see how Rishi (Vimal) and Durga fight all odds to reunite. Keep following Piriyadha Varam Vendum and for more entertainment, watch Nachiyarpuram, starring real life couple Dinesh and Rachitha.

Decoded: Significance Of The Mobile Phone In Vadacurry