Poove Poochudava's Shakti aka Reshma Reya is a beach bum, and these pics are proofs. 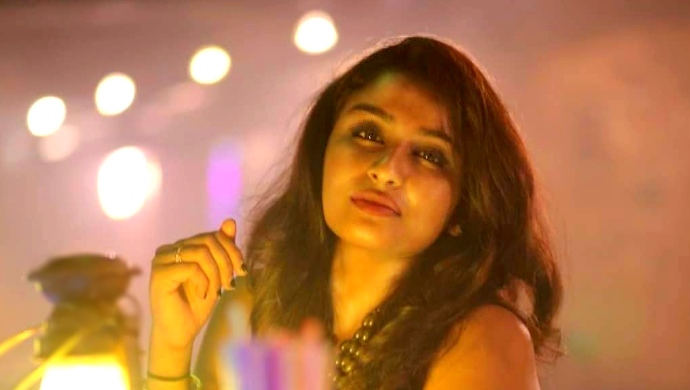 The sounds of the waves and the footprints on the seashore make you feel closer to nature. You become one with the vast expanse of life that is beyond your imagination. A beach destination always tops the travel bucket list during summer vacations, but for many, a stroll by the seashore is an everyday affair. Poove Poochudava‘s Shakti aka Reshma Reya is a beach bum, and her Instagram posts are proofs.

Take a look at the pics here:

Dressed in a red floral printed off-shoulder gown, Reshma looks resplendent as she poses for a pic.

That was a bad joke 🙆

This black and white pic captures Reshma’s love for the beach as she looks joyful seated on the rocky shore of a beach.

Reshma enjoys the breeze as she strikes for a pose with her friends.

Reshma enjoys the foamy waves as they kiss her feet.

Reshma plays Shakti, the lead actress in the show co-starring Karthick Vasu, Krithika Laddu and Meenakumari. The show has been on air since 24 April 2017 and is one of the most popular on Zee Tamil.

Interestingly, Reshma became an actor by chance. In an exclusive interview a few weeks back, Reshma said, “Before this role, I had very less knowledge about acting but when I started acting for the role, the director and the makers of the show gave me a lot of support and they made me comfortable. They also asked me to be myself in the role and not to find any external inspiration but just look into me to find the traces of Shakti in me. So, you could say that many things in Shakti’s character are a part of me but there are some differences too.”

Coming to Reshma’s real life, she comes across as a happy-go-lucky person who loves to leave her footprints on the seashore.

What do you feel? Leave your comments below and if you are a fan of Bollywood music, check out these videos on ZEE5 here.