These Pictures Of Divya From Sathya Show Her Unseen Glamourous Side

Divya in the show has certain traits of a negative character but having said that she does not fail to impress us with her beauty. 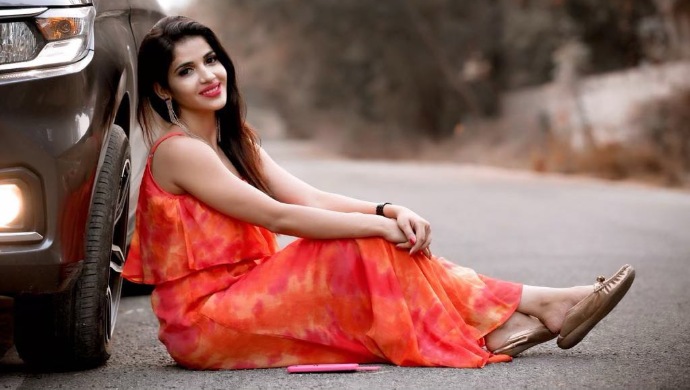 Sathya a show that streams on ZEE5 is a story that narrates about the life and struggle of a character who shares the name of the show, i.e. Sathya. Now, the character is a tomboy who struggles to find out ways to find true love and survive in the harsh conditions around her but she is shown as a strong character with confidence and courage. In the series, Divya is a character who plays Sathya’s sister. This part of Divya, in the show, is played by actress Ramya who is also know as Koli Ramya. Ramya is a seasoned actor who has proved her strength to the Tamil TV audience by handling different roles effortlessly.

Watch the conflict between Divya and Sathya in the show.

The character that Ramya handles in the show has certain traits of a negative character but having said that she is also an actress who does not fail to impress her viewers with her beauty and well-groomed appearances. Now, Ramya is not just about acting but also about the glamour quotient.

So, here are some of her Instagram posts that show her glamourous side.

Tamizh girls are beautiful… there’s no doubt about it but this perfect mixture of beauty and fashion is something unique and pristine.

The secret of great style is to feel good in what you wear. 😍😍😍 thanks for this outfit Ajith @vastrasanskara

It does not matter what you wear but what matters is how you carry it. And Ramya sure has the grace to carry any dress.

Life isn’t perfect but your outfit can be.😝😍😁😄 thank you Divya for this dress @useeshopapp #sathyaserial#designerdivya#zeetamil#@10pm

A simple dress and very minimal makeup are all you need to make a statement and that is what Ramya here proves.

A bride must have a certain amount of attitude to show off and Ramya here gives that perfect parameter to idealise.

After some simplicity and tradition comes the time for heavy and shimmer in your style.

So, which of these pictures of Ramya is your favourite? Share your thoughts with us the section given below.