Prasanna who sports grey hair and a paunch has undergone a remarkable transformation to play the part of the nerdy scientist. 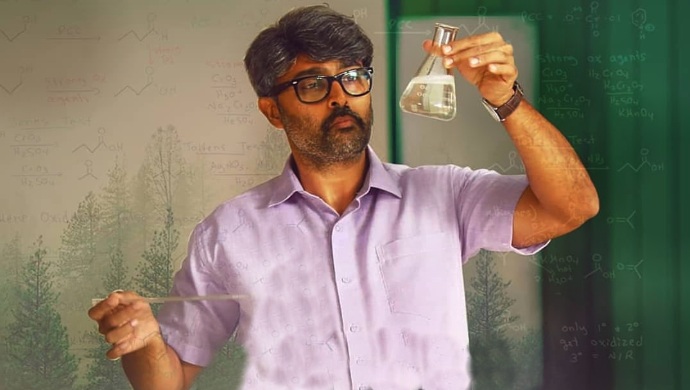 Thiravam is a web series that traces the story of Ravi Prakasam, a scientist, who allegedly invents ‘mooligai petrol’ aka biofuel. In the series, we see that the character of Ravi Prakasham is played by actor Prasanna. The main story of the series focuses on the trouble that Ravi Praksham faces due to the invention, from corrupt officials and some money minded individuals. But the other aspects of the life of Ravi Prakasham is also given some space to explore.

Thus we see that caring father and true friend in the character that Prasanna essays. One must admit that Prasanna who sports grey hair and a paunch has undergone a remarkable transformation to play the part of the nerdy scientist.  And like any other scientist, he too is eccentric and socially awkward. But what must also be acknowledged is the fact that Prasanna as an actor does not overdo stuff. Thus, the way he does his part is believable.

As for the other cast in the series, their performances also backs up Prasanna’s effort. So we have  Azhagam Perumal playing the part of Vetrivel who is that constantly irritated politician, who has to keep a tab on his rising blood pressure is comical and yet effective. And we also see Indhuja playing the part of the lawyer Sahana who backs up Ravi Prakasham and helps him during some tricky situations, she also makes a strong impact as a lawyer.

The other character who we see is of Kaali Venkat, who lends this series an emotional aspect, apart from Ravi Prakasham’s daughter’s part. Kaali Venkat’s character is named as “Sengi” in the series and he is the childhood friend of Ravi Prakasham. Apart from these, there are other actors like John Vijay, Swayam, and Nagendra Prasad who come up with decent performances for their roles.

The writing part of the story is also clean with no sudden leaps and confusing plot structures. The clean and crisp writing makes us empathise with Ravi Prakasam. While we also feel good about the small emotional moments between Ravi and his daughter. So, what are you waiting for? Go ahead and watch the series now streaming on ZEE5.