Take a look at a scene that's by far the best because it showcases the humourous relationship between Simba and his friend Mahesh. 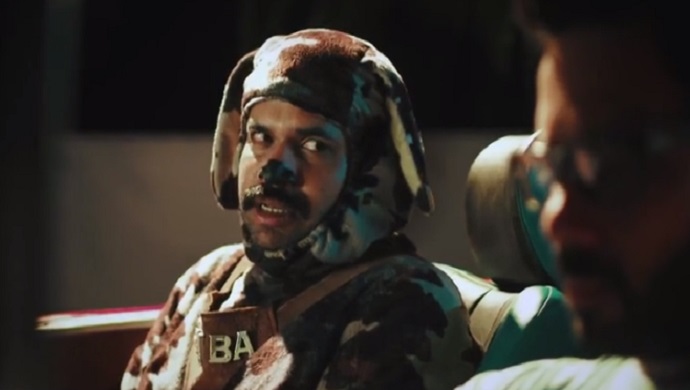 Simba, written and directed by Arvind Sridhar touted as Tamil cinema’s first stoner comedy film stars Bharath and Premgi Amaren in pivotal roles. The story revolves around the bond between Mahesh (played by Bharath) and Simba (a dog, played by Premgi Amaren) and how it strengthens by leaps and bounds. In this web-post, we will take a look at a scene that’s by far the best because it showcases the humourous relationship between Simba and his friend Mahesh.

Check out the scene from the movie Simba here:

For the unversed, Simba premiered on ZEE5 on July 10. The film narrates the journey of a man named Mahesh who takes to drugs after failing to battle loneliness. He has no one in his life, and he stays all along in an independent row house. He lives a purposeless life watching Tom and Jerry videos, eating maggi and smoking. The dark, dingy, unclean and unhygienic house reflects his state of mind, and he continues to live in his world of delusion unless Simba enters his life. To highlight the plight of Mahesh, the filmmaker has used graphics in scenes to describe how deep he goes while explaining the simplest of things.

The film also stars Bhanu Sri Mehra (as Madhu) the leading lady of the film who comes across as a breath of fresh air in Mahesh’s life. Swathi Deekshith (as Diana) and Ramana (as Deepak) make cameo appearances.

To know how Simba gives a new lease of life to Mahesh, watch the film on ZEE5. And for more entertainment, watch Nachiyarpuram, a new daily show starring real-life couple Dinesh and Rachitha.

5 Reasons Why Sembaruthi's Adithya Is An Inspiration To Many