Ashwini Radha Krishna looks unrecognisable in this throwback picture that she posted on Instagram. 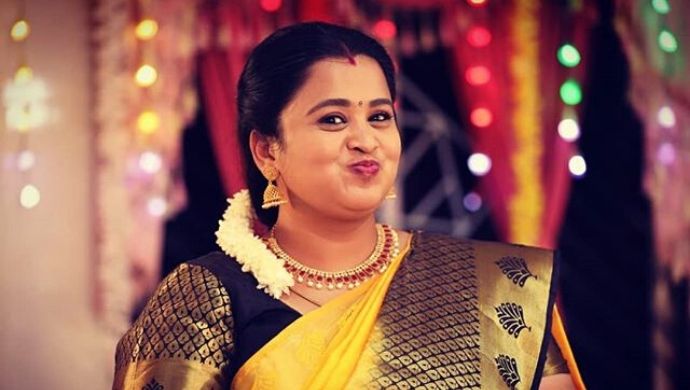 Ashwini Radha Krishna is one of the cutest and prettiest actresses on the small screen and there is no denying that. The Oru Oorula Oru Rajakumari actress also often puts up posts about how one should love themselves despite all odds. Ashwini recently posted a throwback picture of herself from 10 years back and she looks completely unrecognisable in it. Of course, she was as pretty as she is now but the picture will definitely take you by surprise. She stars in Oru Oorula Oru Rajakumari opposite Puvi Arasu Muthuswamy, who plays the role of her husband in it, and has also posted several pictures with him.

Blaaaahhhhhaa look @ me …. Major throw back.. #10yearchallenge Sometimes findings memories make you smile and laugh more at yourself…

Doesn’t she look gorgeous in this picture? Ashwini is quite active on Instagram and often posts pictures from the sets of the show. A lot of other are either about loving yourself or are from the sets of the show with her co-stars. Oru Oorula Oru Rajakumar is the Tamil version of Hindi show, Badho Bahu that had Rytasha Rathore and Prince Narula playing the leads in it. The show really strikes a chord with the audience and they love the leading pair in it.

Ashwini even thanked the makers of the show at Zee Kudumba Virudhugal this year for given her an opportunity to play a role that makes a huge difference in society. She also revealed that she never thought she would get so much love as Rasathi.