We came across a TikTok video of Shabana Shajahan aka Parvathy of Sembaruthi on Instagram that proves she is the Queen of Expressions. 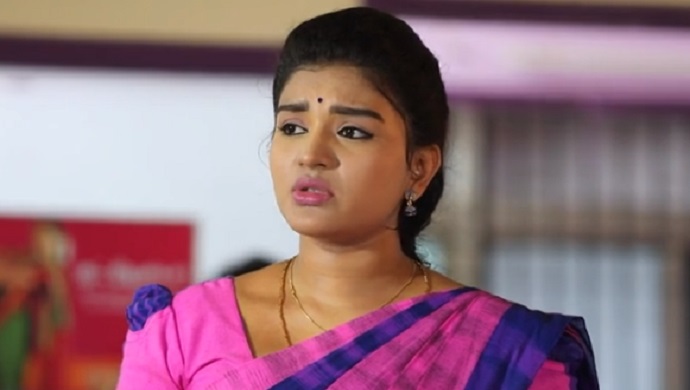 Shabana Shajahan, who plays Parvathy in super-hit television show Sembaruthi, has left us spellbound by getting into the skin of the beautiful character. She has brought life to Parvathy on screen by playing it to perfection. The simplicity, serenity and humility of her character have struck an emotional chord with the viewers. And her chemistry with Karthik Raj (Adithya) sets the screen on fire.

Shabana aka Parvathy has an ocean of fan following on social media too. Her Instagram posts reveal a lot about her offscreen personality and help fans in staying connected to her. We came across a TikTok video of hers on Instagram that proves she is the Queen of Expressions.

Shabana performs on the chart-buster song Enake Enaka from the film Jeans composed by music maestro AR Rahman, penned by Vairamuthu and sung by Unnikrishnan and Pallavi. The original song featured Prashanth and Aishwarya Rai.

Check out the video here:

For fans of Sembaruthi, here’s the latest update. Parvathy’s idea works wonders and helps Adithya in getting hold of Senthil red-handed. Thus, Parvathy saves Akhilandeshwari from the humiliation of getting arrested by the Police in the false case secretly levelled against her by Nandhini. She also helps the affected children heal by making them have the blessed water given to her by Thatha.

Sembaruthi also stars Priya Raman, VJ Kathir, Janani Ashok Kumar, Sanjay Kumar Asrani in pivotal roles. Let us know what do you like the most about Sembaruthi by leaving your comments below.

And for more entertainment, watch Piriyatha Varam Vendhum on ZEE5.