Mayan and Semponnu's love packed tale – Thorati is an intriguing watch! Scroll down to check out my favourite moments from the film. 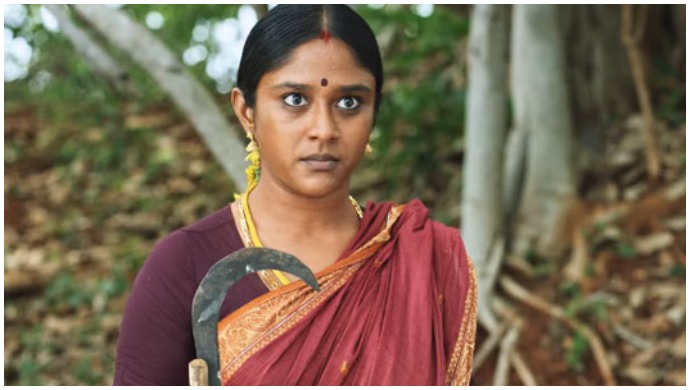 Thorati is an emotional tale of love and loss, which revolves around a care-free shepherd Mayan (Shaman Mithru), and his world Semponnu (Sathyakala). The film is touted to be a romantic drama and conveys a beautiful message in the end. Set against the backdrop of 1980, the cinematographer, Kumar Sridhar perfectly captures the village life in all its beauty.

Watch the trailer of Thorati here:

Thorati is one of those films, which stays with you and I am sure you will go around and tell everyone about it the next day at work and recommend them to watch. There are so many moments in the film that will blow your mind. And here I list a couple of them while I leave some for you to watch and get mesmerised. Take a look!

Oh, wait! Let me warn you about the potential spoiler alert first. If you plan on watching the film after this, then do not read further. And those who have already watched it, keep scrolling.

Here are the best moments of the film:

This is my favourite scene. I just love how Semponnu sticks to her decision and there was no room for a second thought. Semponnu didn’t give up despite all odds. While the entire village advised her to change her decision about marrying Mayan, who is irresponsible and a drunkard, Semponnu knew what she wanted and had the confidence in herself that she will be able to change him.

When it comes to love. due to lack of courage, many couples take a step back instead of keeping up the promises they made to their partners. But Semponnu’s gives a different perspective to relationships. And, she also teaches us how one needs to have confidence in their partner in order to fight with the entire world.

In the early 1800s, houses were small while people, sharing that tiny space, were too many. And if you bring in a newly-married couple to that house, forget about having privacy. So, in this scene, the director beautifully highlights the issue. As we see, Mayan’s parents decide to go for a movie to give privacy to the newly married couple. Most of our parents would surely relate to this movie as they have been through the struggles that were shown in the film.

In this film, Mayan is a naive guy while Semponnu is a more sorted, mature, and brave girl, who actually should be called the hero of the film. Semponnu, in private, humiliates Mayan and pushes him to become more responsible in life. At the same time, in public, she makes sure that no one dares to say a word against her husband or point a finger at him. In this scene, she gives him an earful for his naive and carefree attitude. I must say, her love and anger both worked well on Mayan, making him a better person.

Despite Semponnu’s advice, Mayan continues to walk the wrong path. This leads him to the police station, where he is humiliated in public and punished for a crime which he did not commit. Semponnu, who knows about Mayan’s arrest, chooses not to help him despite knowing that her husband is not at fault, but his company (friends) is. She only does it to make Mayan realise that his company is bad and he needs to cut all ties with them. Well, it works; Mayan realises the same and stays away from them.

From here, the film takes us on an emotional ride. Watching this scene, many of you might wonder why is the world so unfair to the nicest people. Why does one have to be punished for their crimes just when they decide to change? This scene was predictable yet it managed to bring tears in our eyes.

This one explains the fate of all nice people, who fight for the right things. No wonder, people hesitate to help or fight for justice. After all, we all want to live, don’t we? I bet, this scene would surely make you emotional!

Most of us can feel Mayan in this situation. Every one is betrayed once in their lifetime and has regretted their decisions. If that regret had a face, this is what it would look like.

You can share your best moments of the film with us in the comment section below. Stay tuned to this space for more updates on your favourite actors from the television and film industry!

For more such entertainment and drama, watch Rajamagal, now streaming on ZEE5.

From Rajamagal To Junior Superstars: Shows That You Need To Re-Watch During The Lockdown