#ThrowbackThursday: These Old Movie Posters Of Akhilandeshwari Will Make You Nostalgic

Check out these throwback posters of Sembaruthi actress Priya Raman from her movies. 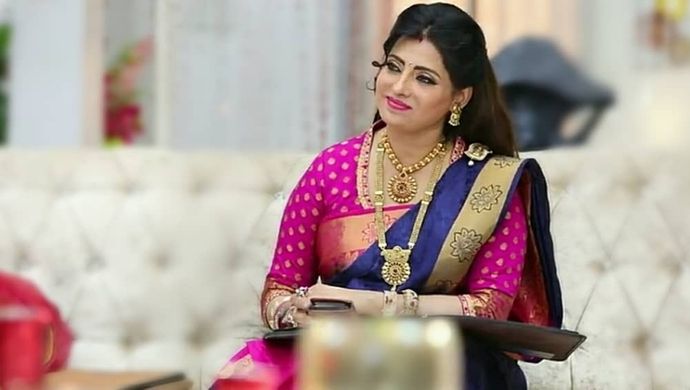 Sembaruthi actress, Priya Raman, has won awards as the Favourite Amma of television. She plays the role of Akhilandeshwari in the show and fans love her. The actress has also done quite a few films in the past and with some of the best actors, too. Priya has done films with Mammooty, Mohanlal, Kamal Haasan and Rajinikanth to name a few. We stumbled upon a couple of movie posters featuring the actress in the ‘90s and we cannot stop admiring her. She looked just as beautiful as she does today and there are barely any changes, but these movie posters will definitely make you take a walk down the memory lane.

Watch the latest episode of Sembaruthi here, in case you missed it.

Check out some of these old movie posters that had Priya playing the female lead in it.

Even though Valli was not a commercial hit, it was one of her best and strongest roles on the big screen. Rajinikanth had written the dialogues and screenplay for the film himself and even made a guest appearance on it.

For the ones who have missed the last couple of episodes of Sembaruthi, Akhilandeshwari has a personality makeover after her accident and starts warming up to Parvathy, whom she initially disliked. However, she is yet to find out about Adithya and Parvathy’s secret marriage. In the last episode, one of her friends, Charu, who also happens to be a psychiatrist, helps her remember what Adi had confessed to her at the hospital. This sends other members of the house into a panic as they don’t want her to find out the truth about everything. For more such entertainment, watch Poove Poochoodava, streaming on ZEE5.

Adithya-Parvathy, Sathya-Prabhu...5 Onscreen Couples Who Will Sweep You Off Your Feet