What is common between a right wing politician, a British lady and a gang of petty thieves? The trailer for Topless promises intriguing times ahead. 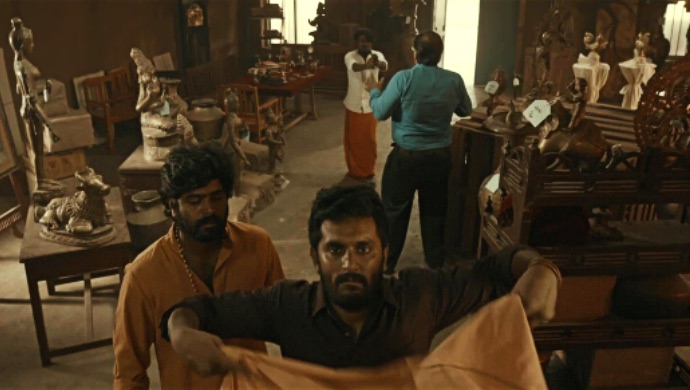 There is nothing new about a movie on an art heist. Hollywood has been doing them for years now and they have practically perfected the formula for it. And it´s a formula that delivers each time. And why not? The glamour of the art world lends itself perfectly to that most glamorous of all movie genres – heist films. Steven Sondenbergh capitalised on this sentiment with Ocean´s Twelve, as did a couple of James Bond flicks, including Skyfall. And then there was The Thomas Crown Affair. Closer home, there are two tamil films, Guru and Gentleman, which capitalised on the thrill of pulling off a heist. In both stories, the heros played Robin Hoods of sorts, robbing the rich to pay the poor. But the methods and strategies employed each time made for an interesting watch indeed. Ultimately, the fact remains that art heists are bankable and very watchable content. And this new ZEE5 Original Series, Topless, is exactly about that  – art heists. Watch the trailer here.

The trailer looks very promising indeed. It opens with one man, who hires out petty thieves to steal an old painting crafted by a British artist in the pre-Independence era in India. The painting is put up for auction and it is said that this painting is cursed and rains misfortune upon the buyer. Among the bidders at the auction is the artist’s granddaughter from London. She wants to acquire the painting too and keep it with her to prove that her grandfather’s paintings aren’t cursed. And then there´s the politician Kalki. Blood thirsty and mostly lacking in scruples, Kalki´s game is entirely different as are his political ambitions. So why is he after the painting? In fact, why are so many people after the painting? To find out, watch the series on ZEE5, beginning from 11 February.

Aishwarya Shankar From Semabruthi Speaks About The Importance Of Solitude In…

Sathya Kissing Prabhu On Her Birthday Will Melt Your Heart, Watch Video

Guru Somasundaram looks almost unrecognisable as politician Kalki, until he starts speaking. Then, his all-too-familiar mastery over comic timing shows up in the trailer, promising fun times ahead when the series is launched.

For more such original content, check out Postman, the funny story of a postal employee who wakes up after being in a coma for 23 years, now streaming on ZEE5.