The song Yayyum that struck a chord with every young man and woman was composed by none other than Shabir! Read more to find out. 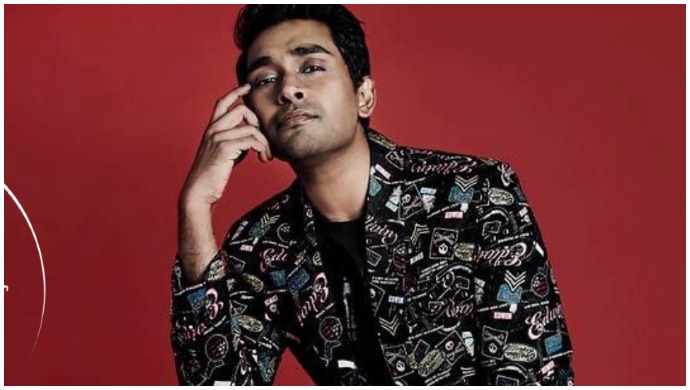 Actor Shabir, who is currently seen essaying the role of Nanda in the much-celebrated Singaporean cop series Vettai, is undoubtedly one of our favourite characters. We obviously got attracted to his calm, composed and confident personality which makes him stand out from others.

No doubt, Shabir aka Nanda is currently winning hearts of the audiences with his brilliant acting prowess and sizzling on-screen chemistry with Gayathri Segaran (Radha) in the series. But did you know Shabir is actually the composer of the hit song Yayyum from Murugesh’s action crime film Sagaa?

Yes, you read that right! The song that struck a chord with every young man and woman was composed by none other than Shabir. He is a national award-winning singer, songwriter, record producer, music composer and a performer from Singapore. Not just Yayyum, the music director Shabir composed all the songs and background music for the film Sagaa.

Shabir, who began his music career in the Tamil cinema as a playback singer and songwriter, was one of the first few to drive the international Tamil independent music movement. The actor-musician released his first album, which was titled ‘Alaipayuthey’ in 2005.

Later, he released TraffiQ, which was regularly played on both local and international channels like MTV Asia, Channel V, among others. This exposure garnered him a good fan following in South East Asia. And now his music is winning praise from critics and audiences.

Talking about the series Vettai, it is one of the most-watched television series in Singapore and is now loved by Indian audience too. It is currently being streamed on ZEE5. The series, which stars Shabir, Sathish, Gunala and Gayathiri Segaran in essential roles; is a crime-drama and if you haven’t watched the series yet, here’s all you need to know about Vettai.

After Dayanithi, the leader of a special task force, is found dead under mysterious circumstances, Vettai, Mugilan, Nanda, Seelan and Radha pick up the case to unearth the mystery behind the murder. Will they be able to resolve the complicated case or is there a twist to the whole situation? Watch it now on our streaming platform. Stay tuned!

Also, if you are a fan of Tamil dramas, you can check out the Tamil web series Nisha, currently streaming on ZEE5.