Kanna sneaks into Priya’s house and blackmails her during a power cut. Read the full update. 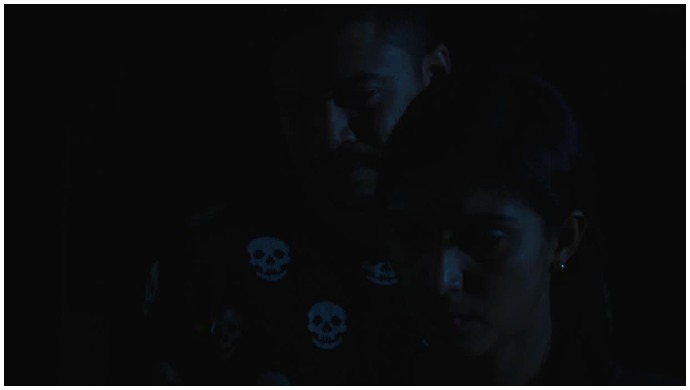 In the previous episode of Uyire – Ties that Bind, we see a flashback, where Kanna goes to Priya’s house and requests Raghavan to allow him to meet her. Raghavan ridicules Kanna and tells him that Priya has left the country. Kanna gets devastated when Raghavan informs him about his Priya’s abortion.

In the current scenario, Priya’s boss asks her to confess the truth to Ashwin so that he can take care of the matter. Meanwhile, Keerthy goes to Raghavan’s house and talks disrespectfully with Renuka and asks her to leave. This makes Raghavan furious and he scolds Keerthy. After work, Priya meets Kanna’s mother to reveal her son’s actions. Priya gets shocked when she learns that Kanna’s mother is under the assumption that they (Kanna and Priya) are married.

In tonight’s episode, Rajesh meets Ashwin, when he learns that the latter is investigating the drug case. Meanwhile, Keerthy, Priya and Bhumika meet Raghavan and tell him to bring his wife back home. They question him about Renuka’s stay. While he keeps quiet when his daughters accuse him of having an extra-marital affair, he retaliates when Bhumika and Keerthy argue with Renuka for leaving her own house and shamelessly living with their father despite several warnings.

After the girls leave, Charu comes and speaks to Raghavan and defends her daughters. She asks him why is he pushing everyone away and only cares about Renuka and Tara. Raghavan remains silent. Meanwhile, Kanna sneaks into Priya’s house and blackmails her during a power cut. Later, Nishok argues with Bhumi for coming home late and forgetting their three months anniversary. Stay tuned!

If you are a fan of Tamil series, you must check out Oru Oorula Oru Rajakumari available in Tamil, only on ZEE5.

Arivaan - The Revelation Episode 26 Written Update: Siva Swami Is In A Mental Asylum

Did You Know That Abbas Akbar's Cop Drama Vettai Has Won Many Awards In Singapore?