Ashwin asks Priya about her past relationships, the latter tells him about all her exes except Kanna. Read the update. 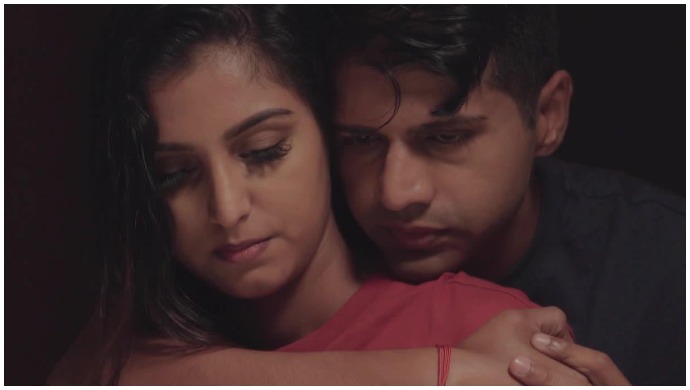 In the previous episode of Uyire – Ties that Bind, Rajesh meets Ashwin, when he learns that the latter is investigating the drug case. Meanwhile, Keerthy, Priya and Bhumika meet Raghavan and tell him to bring his wife back home. They also question him about Renuka’s stay. After the girls leave, Charu comes and speaks to Raghavan and defends her daughters.

She asks him why is he pushing everyone away and only cares about Renuka and Tara. Raghavan remains silent. Meanwhile, Kanna sneaks into Priya’s house and blackmails her during a power cut. Later, Nishok argues with Bhumi for coming home late and forgetting their three months anniversary.

In tonight’s episode, Ashwin sees the girl, who appeared in the photoshopped picture that almost ended his relationship with Priya. He follows and confronts her. Ashwin is stunned when she divulges the reason behind it. She tells him that an unknown guy asked her to do it, saying that he loves Ashwin’s wife. On reaching home, Ashwin asks Priya about her past relationships.

Priya tells him about all his exes except Kanna. But Ashwin is not convinced with her story, he feels that Priya is hiding something. Meanwhile, Keerthy asks Charu to divorce Raghavan, but the latter is sceptical about it. Later, Raghavan too recalls a past incident about how he and Charu met Renuka. He remembers things being normal when Renuka was happily living with her husband. Will Priya reveal about Kanna to Ashwin? Stay tuned.

If you are a fan of Tamil series, you must check out Iniya Iru Malargal available in Tamil, only on ZEE5.