Renuka pretends like she does not want to be the reason for Raghavan and Charu’s separation. Read the full update. 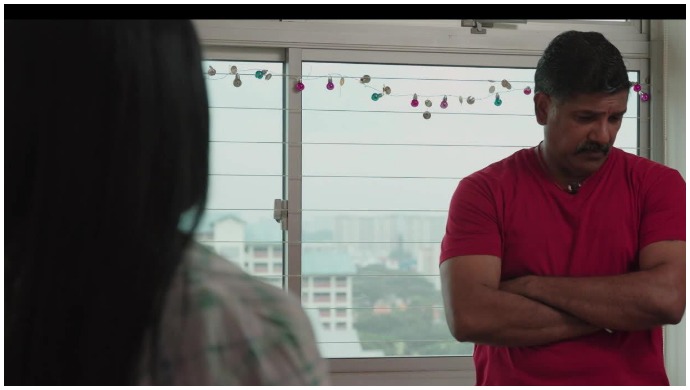 In the previous episode of Uyire – Ties that Bind, Ashwin sees the girl, who appeared in the photoshopped picture that almost ended his relationship with Priya. He follows and confronts her, but is shocked when she reveals the real reason behind it. On reaching home, Ashwin asks Priya about her past relationships.

Priya tells him about all his exes except Kanna. But Ashwin does not get convinced with her story. Meanwhile, Keerthy asks Charu to divorce Raghavan, but the latter is sceptical about it. Later, Later, Raghavan too recalls a past incident about how he and Charu met Renuka. He remembers things being normal when Renuka was happily living with her husband.

In tonight’s episode, Nishok apologises to Bhumi and asks her about her past boyfriends. Then he also enquires about her sister Priya’s past relationships. Bhumi does not like Nishok asking about her sister’s personal life. Then Nishok reveals to Bhumi that Ashwin asked him to get the information. While Bhumi does not disclose anything about Priya’s past, she calls Priya and informs about Ashwin spying on her.

Meanwhile, Kamini reveals to her boyfriend that she is shifting to a small house. Ashwin acts rude to Priya as he feels that she is hiding something about her past. Later, Renuka leaves Raghavan’s house, pretending like she does not want to be the reason behind his and Charu’s separation. Will Priya confess to Ashwin before he finds out on his own? Stay tuned!

If you are a fan of the Tamil series, you must check out Poove Poochudava available in Tamil, only on ZEE5.